He scored more than half goals in their team, which won with the score 8:5.

As the press service of the Kremlin, the head of state traditionally took to the ice at number 11.

Together with the President played the head of the defense Ministry Sergei Shoigu and the legend of Russian hockey, in particular Pavel Bure, Valeri Kamensky, Sergei Fedorov, Alexei Kasatonov.

In the composition of the opposing team was a Governor Andrei Vorobyov and Alexey Dyumin, businessmen Gennady Timchenko, Vladimir Potanin and Roman Rotenberg, musician Igor Butman and others.

Putin is known for his love of sports, especially judo and hockey. Despite his busy schedule, he regularly finds time to personally go out on the ice. 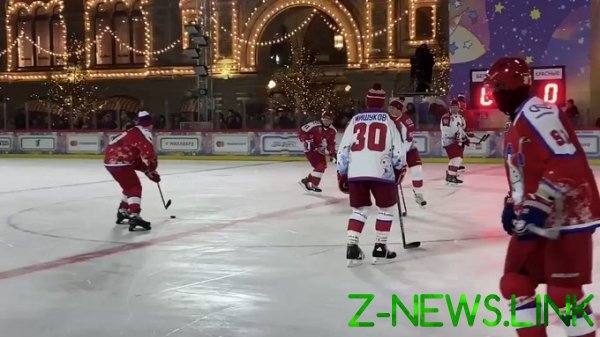 In breaks between Putin speaks with participants of the match for the Cup of tea in the cafe at the ice rink and joined in the congratulations with the birthday of Vitali Prokhorov, a hockey player that 25 Dec was 53 years old.

“Vital, at least one pass give! In honor of the birthday!”: At halftime on red square Putin congratulated with the birthday of Vitali Prokhorov, a hockey player 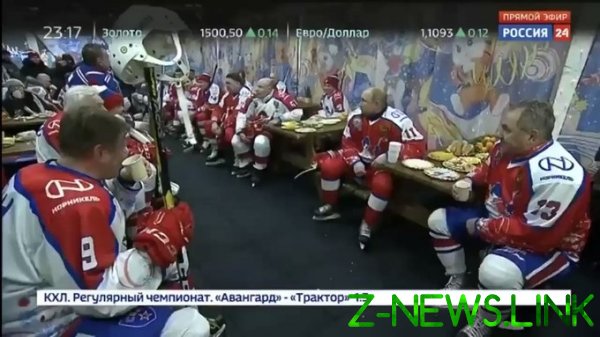 During tea, the Chairman of the Board of Directors of CHL Gennady Timchenko, Putin advised to devote time to training, despite the time and fatigue. He replied that not getting enough sleep in the last week.

In recent years, the President has repeatedly played the matches of the Night hockey League, which was founded in December 2011 on his initiative.

Challenge League – the development of mass hockey in the country, the organization of all-Russian Amateur competitions in this sport available to the wider population.

In 2018, the same friendly hockey match at the red square with Putin took place on December 29. Then the game ended with the score 14:10 in favor of the team for which he played the President of the Russian Federation.