Home / policy / Putin has a chance to say “no”to him 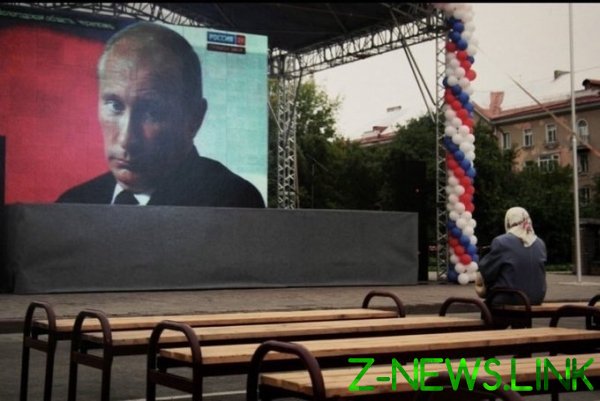 To vote on amendments to the Constitution of the citizens for the first time will have the opportunity to Express our strong disagreement with government policy.

In the case of voting on amendments to the Constitution finally emerged some clarity. Date of this action have yet to be finalized, but judging from the fact that the working group on amendments resumes, it’s going to happen. However, it became clear that:

What does all this mean for the ordinary, but the thinking voter?

The decision to breed parade and a vote on the constitutional amendments on different dates, suggests that the second event in the Kremlin is treated not as a mere formality, but as a very important, almost sacred act. And it is logical.

Now let’s talk, if not about bright and beautiful, then perhaps that at least to some extent reassuring. To those moments, I think, can be attributed to two points. First, e-voting, as already noted, the promise to hold only in a small number of regions, not in all 85 subjects of the Federation. This causes a cautious optimism, because, as mentioned, in Russia the Internet-voting is likely to be very private from the eyes of the observers from the voters — press the button “Yes” or “no” you can and track as recorded by your personal vote in the General classification — no.

If made transparent, it cannot be excluded that public employers do not require the dependent categories of the population — doctors, teachers, military, police — to give a report on how they voted. As expressed recently by the political scientist Andrei Okara, in any version of “casino wins”

So, this electronic casino decided to restrict only a small number of regions. People vote not like it, but honesty-generosity as the reason for such a step, we, of course reject out of hand because these “weaknesses” our management was observed. And its main task in this story other, purely practical — to convince people that he is one with the government in its perpetuation.

Part of the idea of limiting remote voting can explain the technical unpreparedness of the state mechanism for such an event. But most importantly, I think, in the other. In the most technologically and politically advanced regions, the paragraph about “resetting” of presidential terms of Vladimir Putin less popular.

In addition, let’s not forget that Putin’s electorate is older people. That is just those who mostly goes to any elections and provide to the President of the high scores on them. And Vice versa. Young voters, who “fumble” on the Internet and the usual elections are often ignored, the notorious “office plankton” can actively participate in e-voting and if not win, then strongly to change the usual picture in the spirit of “people and the party United”.

Attempts to manipulate results, including, and electronic voting, in large cities, primarily in Moscow, where people are easy-going, fraught with massive protests, which the authorities in such an important time would like to avoid. Hence the cautious attitude of the Kremlin to the idea of electronic voting.

Well, finally, last, inspiring some optimism moment is the very wording of the question, which will be included into the Bulletin for voting on amendments. It is known, is: “do You approve the amendments to the Constitution of the Russian Federation?”. Possible answers: “Yes, no.

Let us remember, when the government gave us an opportunity to tell yourself “no”? In 2006, the item “against all” in ballot papers was prohibited. So the last time the citizens could show the authorities at least a small Fig no legal consequences for himself almost 15 years ago, in the 2005 elections.
And now the power was in a position where I was forced just to give the citizens the opportunity to demonstrate her innocent gesture, but as it was said in Soviet times, to Express their resounding “NO”.

Sin not to take advantage of this opportunity. I, for instance, do not go to the polls more than twenty years and has long advocated their boycott, because they believe that it is wrong to choose from two, three and more angry. Moreover, the most important of them still remain in place. But now intend to go and vote.