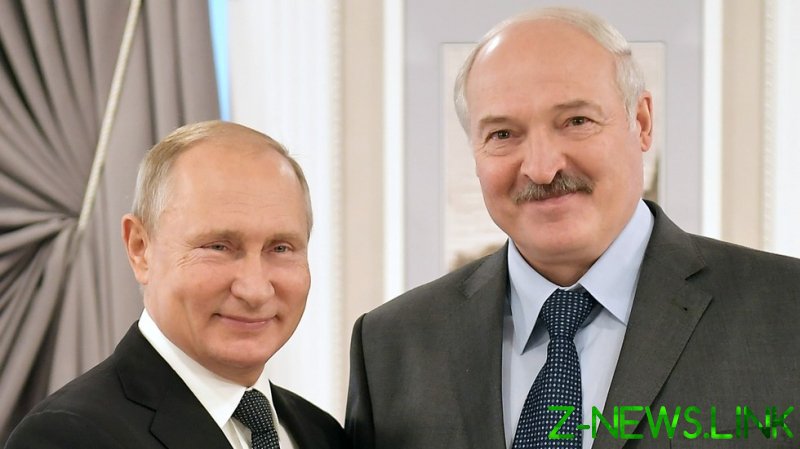 Vladimir Putin has received the unusual gift of a tractor as a birthday present from Belarusian President Alexander Lukashenko. The Russian leader turned 70 on Friday.

Lukashenko was asked what he would give Putin as he arrived at the Konstantinovsky Palace in St. Petersburg for an informal summit of leaders from the Commonwealth of Independent States (CIS).

“A tractor,” he told journalists. “It’s the same as I work on, Belarus. The very best. It’s manually assembled.”

‘Belarus’ tractors are iconic four-wheeled vehicles which have been produced by the Minsk Tractor Works since the 1950s. It’s one of the most recognizable Belarusian brands and the vehicles are sold to around 100 countries worldwide.

The gift certificate for Putin’s tractor was later posted on a Telegram channel linked to Lukashenko’s press service. The tractor is a Belarus-1523.3 model, which weighs more than six tons and boasts 150 horsepower.

According to Lukashenko, Putin’s tractor is fitted with a seed-planting appliance.

“We’re going to sow bread or something else, and when it grows we’ll send it to [Polish President Andrzej] Duda and [Prime Minister Mateusz] Morawiecki, to Europe so that they won’t starve,” he joked.

It’s not the first time that the Belarusian leader has trolled his neighbors in the EU over economic and energy problems triggered by the fallout of sanctions imposed by Brussels on Moscow over the conflict in Ukraine.

Last month, a video appeared online showing Lukashenko chopping firewood and promising to deliver it to Europe. It’s important that Duda and Morawiecki “don’t freeze” this winter, he claimed. “They are our neighbors. Maybe they’ll come to their senses.”