Home / policy / Putin gave the citizens a bit of freedom, while disobedience never entered them in the habit.

Putin gave the citizens a bit of freedom, while disobedience never entered them in the habit. 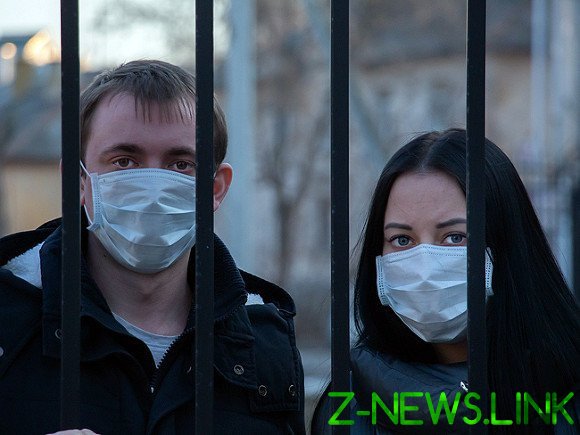 Quarantine tired: why restrictions were removed at the time when the number of cases Russia has almost caught up with America

Putin gave the citizens a bit of freedom, while disobedience never entered them in the habit.

“Remember the day that we would not have worked, but it worked. So, they sort of ended, but not ended”. In my opinion, this walking Network meme is the most accurate summary of the President’s address to the citizens of 11 may. And in General — description, to put it mildly, a controversial strategy of the Russian authorities in the fight against Kovalam.

In fact, before many it was clear that the country has no policy, no economy — one simulation but PR in Patriotic colours. Whence you suddenly had to take competent management decisions in a force majeure situation, in which even the more professional of world politics has done a lot of mistakes.

The weakening of quarantine measures at the very moment when the number of cases of Russia came in second place in the world and is rapidly catching up with America, it seems strange only to people with a logical mind. Or those who believe that all “days” Russians do not worked and rested and spent time with the family “at the expense of the employer”, as they kindly wished the President in his first, still the March appeal.

The most “conscious” appeared Muscovites — someone was really scared of the virus, and someone was cheaper not to work than to pay fines for any attempt to go more than 100 yards from the house. Already in the near suburbs, not to mention more remote regions, people are perfectly adopted his manner of government to say one thing and do another. Friend plumber who every year helps us to connect water in the country, told how he spent “vacation”.

— The bulk of the work. The season also. And how not to work? I have a family to feed. And clients are calling. People come to the country, they have a toilet over the winter cracked. If the government knows how without toilet to do it, let him give instructions. And people call me: Serge, help. The construction of shops and markets are closed, but I, thank God, work not the first year, contacts established. Contact a supplier — and so need a toilet and eyeliner, size, color. He appoints the time. Arrive at the appointed hour to the back door of the store. Download the toilet in the trunk. Give cash. Feel both a little by couriers. However, local police were not committing atrocities and its not particularly fine — they themselves live here, and toilets repair. But pricing for risk I a little raised, you know. You, too, for 500 rubles more than usual…

Underground, “an acquaintance” and for cash, continued to work as hairdressers and flower shops, apart-hotels and construction crews. Say something where even private museums opened doors especially the longing for the culture of the citizens. About VIP-churches that held services for her, also wrote a lot.

Certainly the rapid growth of cases in Russia due to this care in working underground. But such is the price of a torn ligament power, the people. Upstairs pretending to run down to pretend to listen. While the virus is not pecked, this system more or less functioned, but now our eyes falls apart as the rating of the President.

Take the same strict mask mode. In Moscow, Petersburg and many other regions have promised to penalize those who went outside without a mask and gloves. But at the same time sell a cheap product at a speculative price of 50 rubles per set. Does anyone believe that people will change it every two hours, as required by the health standards? That is unfasten a minimum of 100 rubles a day, while moving only to work and back. And if in shop it is necessary to go or the chemist? Where did the Russian to take the extra 3-4 thousand for these PPE? And if a family of 3-4 people? The President promised 10 thousand children, even these costs do not discourage.

Such a mask mode would make sense, play it fair. If one profited from the scarcity of means of individual protection, the production of which the state was unable to establish for more than two months, and others understood that the mask can really protect and do not cover it only as protection from penalties — this is one pretty and filthy bandage.

If the chiefs really thought about saving people from the virus, mask, gloves would be distributed for free at each station and in each tram-bus, not to mention stores. And it would cost much cheaper than to build a field hospital.

But a cargo cult is thriving, despite the pandemic. Wherefore, the decision of the President to undo what didn’t work, but the responsibility for the growing number of cases to assign to the governors, it seems to me quite deliberate and even logical in the current situation.

This epidemic is clearly explained to each of our citizen — even to those who yesterday, sitting at the TV, took the frenzy of militarism for the manifestation of the forces of the country — what hope for authoritarian government as a security guarantee is no more than of disposable medical mask. Damn she is not worth it, to be honest.

What are today our security forces, whose number in recent years grew at an unprecedented pace? Catch people without masks, open cases on physicians who refuse to go in the chamber of the sick without means of self-defense training to counter plague riots? And there infected with kovida because disposable masks country has in store even for them.

Maybe it’s because the President and hastened with the removal of restrictions to the people he does not removed, without waiting for a nod from the Kremlin. Until the citizens finally realized that there is no strong and terrible state, in fact, no, but disobedience is not turned in their habit.

So it is a new era of insincerity coronavirus.