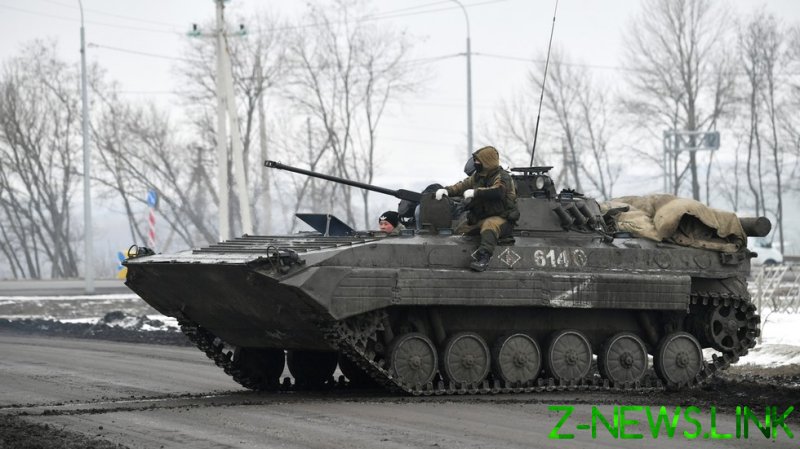 Russian President Vladimir Putin said on Saturday that he chose to attack Ukraine beyond the borders of the Donetsk and Lugansk People’s Republics (DPR and LPR) to prevent the West from “endlessly” supplying “nationalists and radicals” with various resources, such as weapons and money. He added that the Russian forces were “practically done” destroying Ukrainian military sites, such as air defenses and weapons depots.

The president stated that he had ordered Russian troops to invade Ukraine last week in order to neutralize the “real threat” coming from Kiev and NATO. Moscow has long protested the Western military infrastructure along its borders and Ukraine’s aspirations to join the US-led bloc.

“They began to say more actively that they will admit [Ukraine] to NATO. What will this lead to? All other members of the alliance must back Ukraine in the case of a military conflict,” Putin said. “They will [attack] Crimea, and we will be forced to go to war with NATO. Do you understand the consequences?” The president stated that he wanted Ukraine to become a neutral country.

Crimea voted to leave Ukraine and join Russia shortly after the 2014 coup in Kiev. It was during that time that the DPR and LPR broke away from Ukraine.

“Let’s acquire nuclear weapons, they say [in Ukraine]. We can’t simply ignore it,” Putin said, referring to President Volodymyr Zelensky’s remark last month that Kiev might be forced to reconsider its status as a non-nuclear-weapons state.

Russia invaded its neighbor on February 24, arguing that it was defending the DPR and LPR. Putin also claimed he was seeking the “demilitarization and denazification” of the country.

Kiev said the attack was entirely unprovoked and appealed to the international community for help. Many countries, including the US, the UK, and EU member states, have since imposed sweeping sanctions on Russia.