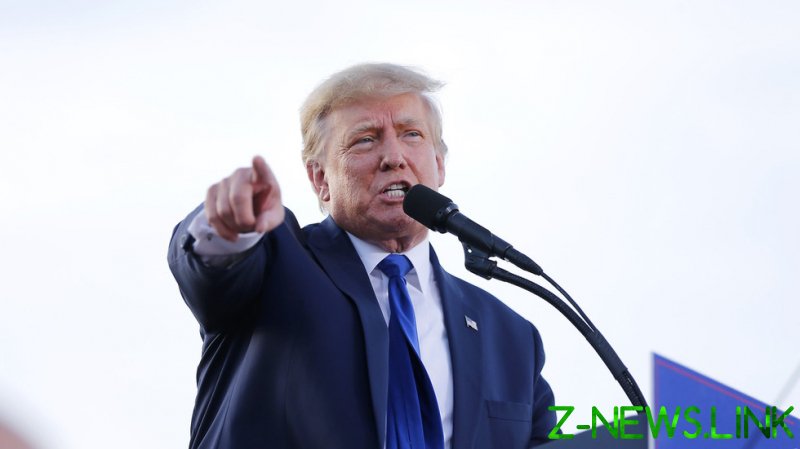 Russian President Vladimir Putin does not respect American leadership anymore and demonstrates this lack of respect by talking about nuclear weapons “all the time,” former US President Donald Trump has complained.

Speaking at a rally in Nebraska on Sunday, Trump said that unlike Joe Biden’s administration, under his leadership “America was strong, America was respected, like maybe never before.”

“Now leaders of other countries don’t even return the phone calls of the President of the United States,” he said, apparently referring to March reports that the leaders of Saudi Arabia and the United Arab Emirates refused to arrange calls with Biden to discuss surging oil prices.

Trump said Biden “has no idea what is happening,” referring to a recent incident in which the 79-year-old Biden appeared to offer a handshake with no one there to receive it. Putin, on the other hand, “talks about nuclear weapons all the time,” Trump said.

Trump claimed nobody “ever talked about nuclear weapons” before. “You don’t talk about nuclear weapons, you just don’t talk about it, it is too devastating,” Trump said, also pointing out that his administration “totally rebuilt” its nuclear arsenal because “others” were doing the same.
Putin only talks about it now “because he doesn’t respect” US leadership, Trump said. 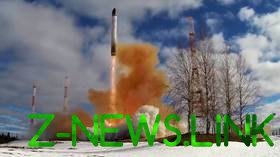 Russia’s attack on Ukraine happened due to US “weakness” and “incompetence” under Biden, which he said was demonstrated by a hasty withdrawal from Afghanistan last year.

Last week, Putin warned outside forces against interfering in the Ukrainian conflict, promising a “lightning-speed” response to any such action with the use of Moscow’s most advanced weaponry. He added that the Russian authorities had already made all the necessary decisions to prepare for such a response.

Meanwhile, in a recent interview, Russian Foreign Minister Sergey Lavrov said that when Trump was still president, Moscow tried to persuade him to recommit to the 1987 statement by US and Soviet leaders that there can be no winners in a nuclear war, and that such a war should never be fought. While the Trump administration declined to do so, Joe Biden quickly agreed with Moscow, Lavrov said.

However, he added, that in recent months the situation has deteriorated to the point where there is a real and serious threat of nuclear war.

In late February, a few days after launching a military attack on Ukraine, the Russian president ordered the country’s nuclear forces to be put on high combat alert, citing “illegitimate sanctions” against Russia and “aggressive statements” by Western officials.