Putin discusses situation in Afghanistan with presidents of Iran and Tajikistan 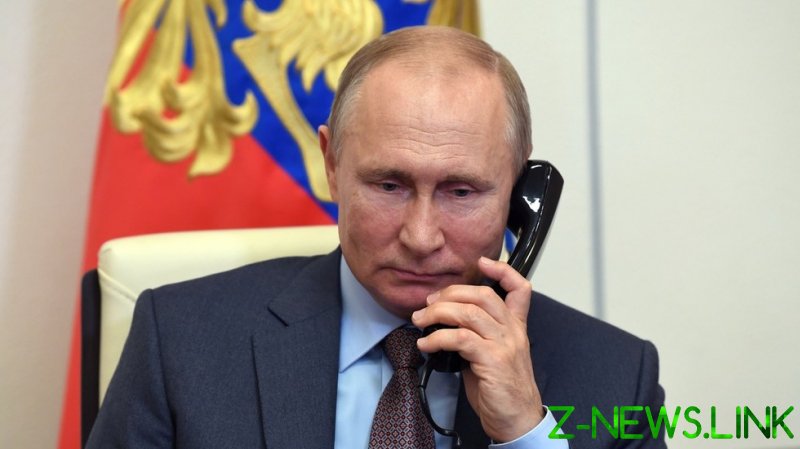 The situation in Afghanistan has been a “major focus” of the talks between Putin and Iran’s president Ebrahim Raisi, the Kremlin said in a statement on Wednesday following the phone conversation between the two presidents. Both Russia and Iran expressed their readiness to contribute to peace and stability in Afghanistan, the statement added.

Putin congratulated Raisi, who recently won the presidential elections in Iran, on his success. The two also discussed some major bilateral business projects and the fight against Covid-19.

The Russian president’s conversation with Tajikistan’s leader, Emomali Rahmon, was also largely focused on the developments in Afghanistan following the Taliban takeover. The two leaders said it was important to focus on providing security for civilians and maintaining stability in the region. The two leaders agreed that the relevant agencies of both nations should maintain regular contacts as the situation unfolds.

There have been concerns that a burgeoning conflict in Afghanistan could destabilize the wider region. Last week, the armed forces of Tajikistan, Uzbekistan and Russia held massive drills on the former Soviet republics’ border with Afghanistan as they practiced targeting enemy combatants and securing the border.

The swift capture of Kabul by the Taliban also sparked an exodus of senior government figures and foreign diplomatic personnel over the weekend. At the same time, hundreds of Afghan military personnel sought to cross into Uzbekistan onboard dozens of planes and helicopters that were forcibly landed by the Uzbek forces.

Afghanistan’s ousted president, Ashraf Ghani, was among those who fled the country. According to the Russian embassy in Kabul, he arrived at the airport with loads of cash and valuables.

Eventually, the exiled leader, whose whereabouts were unknown for several days, turned up in the UAE on Wednesday, where he was welcomed on “humanitarian grounds.”

The Afghan embassy in Tajikistan has demanded that Interpol arrest Ghani as it accused him of “stealing” the Afghan treasury. However, in his first public speech since fleeing the country, the ousted former leader claimed he did not take the money with him.