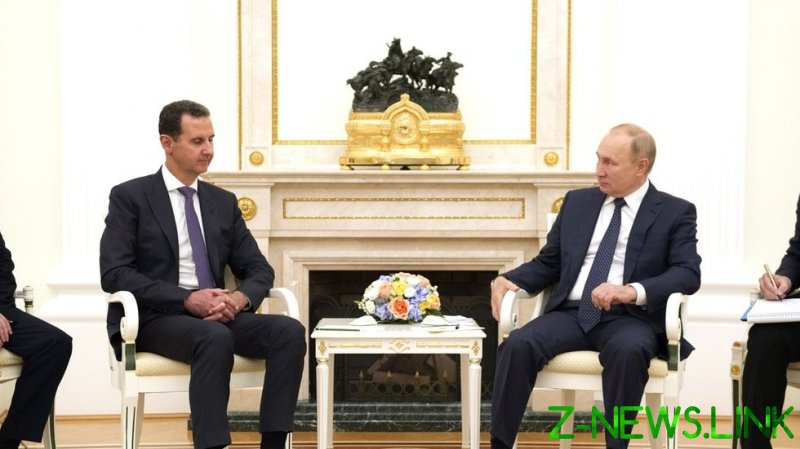 The joint efforts of Russia and Syria have dealt a crippling blow to terrorists, allowing Damascus to regain control over more than 90% of its territory, Putin said during his meeting with Assad – noting, however, that some obstacles remain before a “full consolidation of power” and “return to normal life” are possible.

“The main problem, in my opinion, is that foreign armed forces are present in certain areas of the country without any UN mandate, without your authorization, which clearly contradicts international law, and prevents you from taking maximum efforts to consolidate the country and move along the path of its restoration at a rate that would be possible if the entire territory was controlled by a legitimate government,” the Russian leader said.

Another problem is the remaining “hotbeds of resistance from terrorists who not only control part of the territory, but also continue to terrorize civilians,” Putin added.

“International terrorism knows no borders, and spreads like an infection throughout the world, thus our armies have made a huge contribution to protecting all mankind from this evil,” the Syrian president added.

The Russian leader congratulated Assad on his recent re-election victory, seeing it as a clear sign that the Syrian people “trust” him to lead the country back to peaceful life. He voiced hopes that Assad would eventually unite all political opponents under a national reconciliation process.