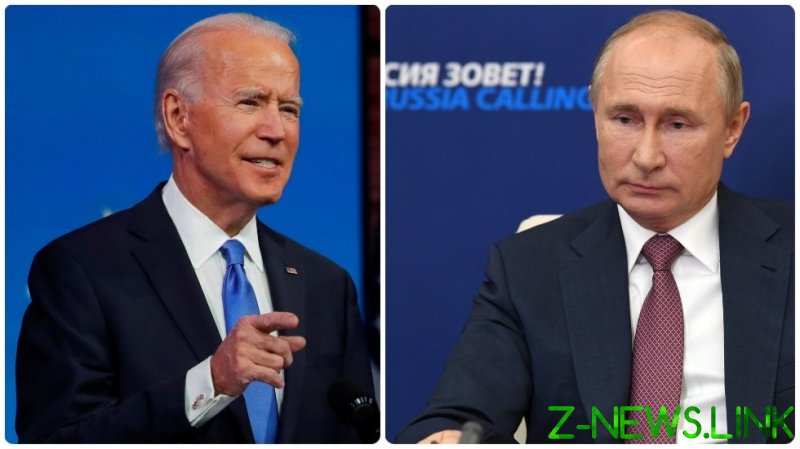 Putin wished Biden a successful tenure and said he personally “was ready for cooperation and contacts” with his incoming counterpart, the Kremlin explained, on Tuesday morning. The message from the Russian president went on to say that despite their differences the US and Russia can together help solve many of the world’s problems.

The cable was sent after the Electoral College designated Biden as president-elect, making his election victory official. Since last month’s election, his opponent, President Donald Trump has refused to concede. The Kremlin has previously said that this matter of protocol prevented Putin from congratulating Biden earlier.

Moscow’s decision to steer clear of the dispute in the US over the outcome of the election contrasted with how many other governments reacted. Biden was acknowledged as the next American president by most Western leaders soon after the vote.

Russia however said it was “proper to wait for the official results,” in the absence of a formal concession, referring to certification of results by states and a vote by the Electoral College.

“The current president has announced certain legal procedures. This is what makes the situation different. Therefore, we believe it’s right to wait for the official results of the elections to be announced,” Putin’s spokesman Dmitry Peskov explained.

For four years Russia was accused by many public figures in the US of meddling in the 2016 presidential election in favor of Donald Trump. Moscow denied any interference and said it was used as a scapegoat in a US domestic political dispute.