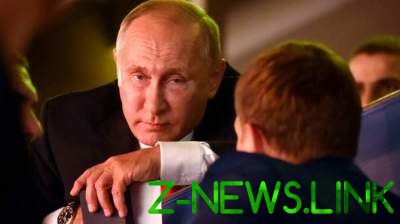 The situation on the Korean Peninsula should be resolved through dialogue without preconditions. This was written by the President of Russia Vladimir Putin in his article “BRICS – towards new horizons of strategic partnership,” posted on the Kremlin website.

“The situation on the Korean Peninsula has been escalated and is teetering on the brink of a major conflict. In Russia’s view, the expectation is that you can stop the nuclear missile program of the DPRK solely by the pressure on Pyongyang, incorrect and futile,” — said Putin on the eve of the BRICS summit, which will take place in China.

The Russian leader expressed confidence that this problem should be solved through dialogue between all stakeholders without provocation and pressure. “Provocations, pressure, aggressive and insulting rhetoric — a road to nowhere,” Putin said.

Pyongyang called the start, a prelude to the attack on the American island of GUAM. The President of the United States Donald trump later said about the futility of talks with North Korea. The UN security Council acknowledged the missile test, North Korea threat to the world community.