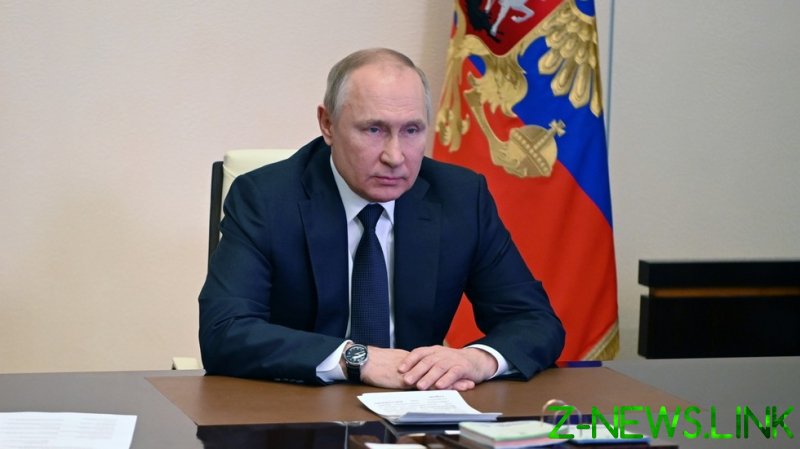 Families of Russian soldiers who died in the line of duty in Ukraine are set to receive compensation of over seven million rubles ($65,000) from the government, President Vladimir Putin said on Thursday. Putin made the pledge during a meeting with the members of the country’s Security Council.

The leader has also refuted claims circulated by some media outlets that the payouts amount only to 11,000 rubles ($100). Those who were wounded are eligible for a lump sum of three million rubles ($28,000), while servicemen with permanent disabilities will receive lifetime pensions from Russia, according to the president.

The offensive is proceeding strictly according to its “schedule,” Putin stressed, while admitting certain issues were experienced during the military operation. For instance, the Russian military has established safe corridors for Ukrainian civilians to escape the combat zone, yet local “neo-Nazi” forces and foreign “mercenaries” have been trying to prevent them from leaving, he said.

“Nationalist and neo-Nazi groups, foreign mercenaries, including those from the Middle East, are using civilians as human shields,” Putin stated. “As I’ve already said, there is absolutely objective data, photos of how they place heavy military equipment in residential areas of cities.”

Russia’s president also reiterated his stance on Ukraine, and the goal of protecting it from the far-right groups that have seized control in the country.

“Russians and Ukrainians are one nation, I will never give that up,” he stressed.