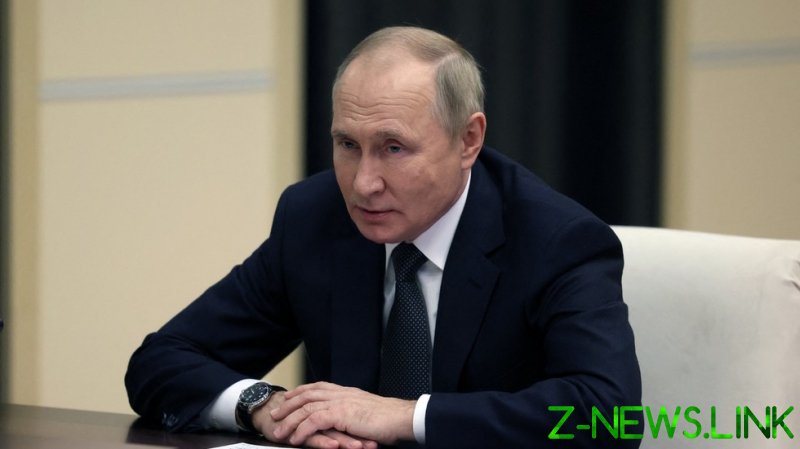 The grain deal between Moscow and Kiev has not met its stated goals, Russian President Vladimir Putin said on Monday. Most of the Ukrainian agricultural products exported under the agreement have not reached the poorer nations they were supposedly intended for and have instead ended up in Europe and Türkiye, he argued.

Putin said Moscow was suspending its participation in the deal, but not fully withdrawing from it.

The deal was promoted to “secure the interests of the poorer nations,” he said, adding that, according to Russian intelligence, the real structure of Ukraine’s grain exports is vastly different.

“We agreed to that [grain deal] precisely in the interests of the poorer nations,” the Russian president said. “On the whole, it looks like 34% of [the Ukrainian] grain gets to Türkiye, 35% or even more is taken by the EU nations and only between three and four … or five percent, according to our Agriculture Ministry … goes to the poorer nations,” Putin said.

His words came as the Russian military closed the Black Sea grain corridor used to export Ukrainian grain under the agreement reached in Istanbul in July. The agreement – mediated by the UN and Türkiye – was initially hailed as critical for easing the global food crisis and helping the world’s poorest nations avoid starvation.

Russia has since repeatedly pointed out that the grain, in fact, goes to other destinations. Moscow decided to halt its participation in the deal following a massive drone attack on its naval base in the Crimean port city of Sevastopol last week. According to the Russian Defense Ministry, the naval drones used in the attack navigated through the grain corridor’s security zone to reach their targets. One of them might have even been launched from a civilian vessel chartered to transport Ukrainian grain shipments, it added.

Earlier on Monday, Kremlin spokesman Dmitry Peskov said that Russia was ready to compensate the missing Ukrainian grain export volumes from its own stocks. At the same time, he said that Moscow could not yet name the conditions that would make it resume its participation in the deal.

In the wake of Moscow’s decision to suspend its participation in the deal, the UN has insisted that “food must flow” regardless of circumstances. Civilian vessels “can never be a military target or held hostage,” the UN coordinator for the Black Sea grain initiative, Amir Abdulla, said. Russia has previously said that it could not guarantee the security of the grain corridor if Kiev used it for military purposes.