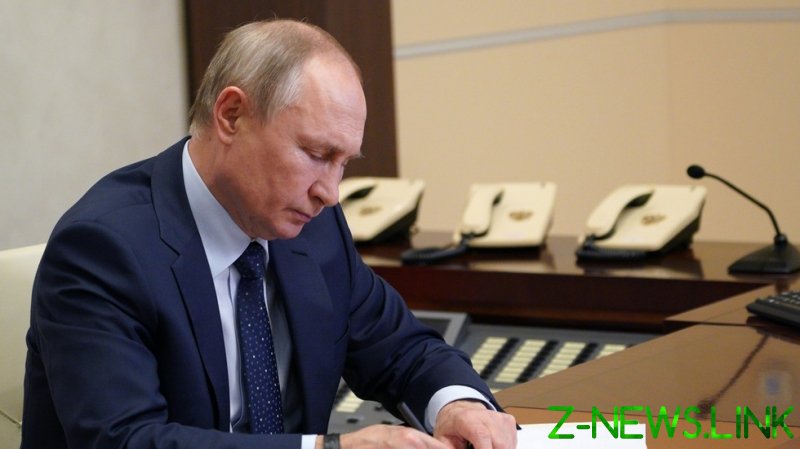 At a meeting of Russia’s security council on Friday, Putin said that “the global digital space often becomes a platform for harsh confrontation in the information sphere – for unfair competition and cyber attacks.”

At the same time, he said, the “digital environment is used by international terrorists and organized crime. In a word, there are many potential threats to general, global security and to individual countries, including their sovereignty and national interests.”

As a result, the president argued, it is necessary “to agree to universal international legal treaties aimed at preventing conflicts and building a mutually beneficial partnership in the global information space, for the sustainable development of each state. It would aim to create favorable conditions for scientific research, and enable the rapid implementation of the most advanced technological solutions while preventing potential risks.”

Earlier this month, the Kremlin expressed concern after the New York Times reported that US President Joe Biden was considering a “series of clandestine actions” aimed at Russia. The attack was predicted to coincide with new economic sanctions against Moscow, as well as an executive order from Biden that would bolster security for US government networks.

In an interview, Jake Sullivan, the White House national security adviser, told the newspaper that he supported carrying out secretive operations that would be “understood by the Russians, but may not be visible to the broader world,” arguing that such actions would force a “broad strategic discussion” with Moscow.

The escalation comes after Washington accused Moscow of being behind the colossal SolarWinds espionage hack that saw breaches of 100 commercial firms around the world, as well as nine US government agencies. US intelligence agencies say that the incident was “likely Russian in origin.” The Kremlin, however, denies any involvement.