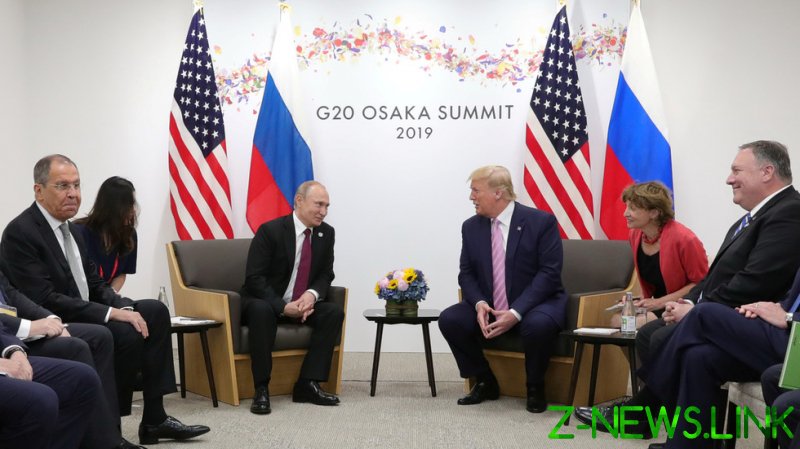 “As the meeting began, Fiona Hill leaned over and asked me if I had noticed Putin’s translator, who was a very attractive brunette woman with long hair, a pretty face, and a wonderful figure,” Grisham writes, according to an excerpt published in The New York Times. “She proceeded to tell me that she suspected the woman had been selected by Putin specifically to distract our president.”

Trump’s relationship with Putin was the subject of hysteria throughout the former US president’s term as leader, especially as American intelligence agencies concluded that Moscow had launched a campaign to help Trump win the 2016 election.

Osaka played host to one of just a handful of meetings between the two leaders. At the summit, the two leaders joked about election meddling and fake news, with Trump suggesting that they should “get rid” of journalists.

In her book, Grisham also claimed that Trump told Putin that he would have to “act a little tougher” in front of the cameras, while being more cordial behind the scenes.