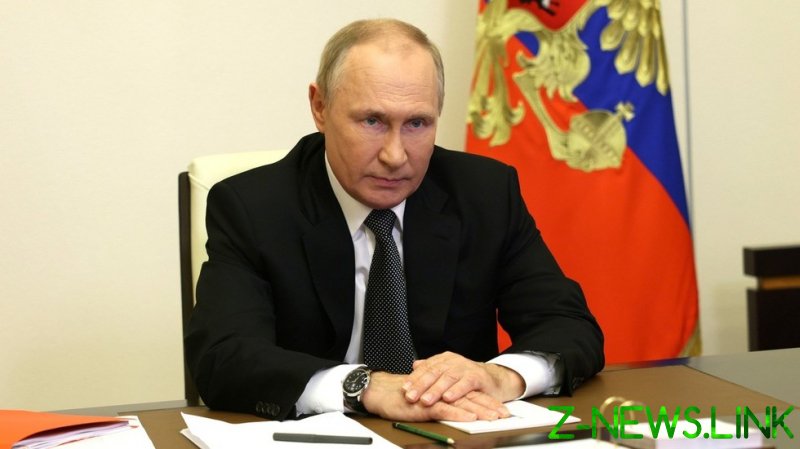 Russia is overhauling the way its federal and regional governments operate due to the continued threat posed by Ukraine and the need for a more efficient response to it, President Vladimir Putin announced on Wednesday.

Speaking at a meeting of the Russian National Security Council, Putin announced signing several documents detailing the policy changes that he wants in place. He also reiterated accusations against Kiev, stating that it uses “terrorist methods” against Russia.

Among other things, Putin has imposed martial law in four new Russian federal subjects: the Donetsk and Lugansk People’s Republics and the Kherson and Zaporozhye Regions. Their citizens voted in last month’s referendums to break away from Kiev and join Russia. Ukraine has rejected the validity of the votes.

The four provinces already had martial law in place when Russia accepted their bids, Putin said. The decree, which he expects parliament to ratify swiftly, will give the legal basis under Russian law for what is de facto happening on the ground, Putin added.

In a separate decree, Putin ordered a “medium action level” in several other parts of western Russia. Those include the Crimean Republic, the city of Sevastopol, as well as Krasnodar, Belgorod, Bryansk, Voronezh, Kursk, and Rostov Regions.

The special regime gives regional officials additional authority to ensure security and react rapidly to any emergencies. Other Russian regions were put on “elevated” and “basic” levels, depending on their proximity to Ukraine. The administrations of the four regions under martial law will have a “maximum” level of additional authority.

The governors of different parts of Russia face different challenges and need different powers to deal with them, Putin told the security council.

The president instructed the Russian federal government to form a special coordination center for various aspects of the Ukraine crisis, from repairing weapon systems for the military to providing medical treatment to injured people and repairing damage sustained by towns and cities during hostilities.

Putin also ordered federal officials responsible for coordinating with regional authorities to be provided with Moscow’s assistance in handling their new tasks and powers.

Another set of instructions told the Defense Ministry to ensure that people enrolled in active military service under partial mobilization are paid their due. The document set a minimum monthly wage of 195,000 rubles (over $3,000) for every person and told the Finance Ministry to allocate money for the compensations.

Putin said he was reacting to reports of cases of wages not being paid on time and stressed the importance of providing the military what it needed to do its job properly. “This includes barracks and places of deployment, living conditions, uniforms and equipment, food, medical treatment. We have every opportunity to solve all emerging issues in a way worthy of our nation,” the president insisted.