Home / WORLD / Punishments set for US troops who refuse vaccination

Punishments set for US troops who refuse vaccination 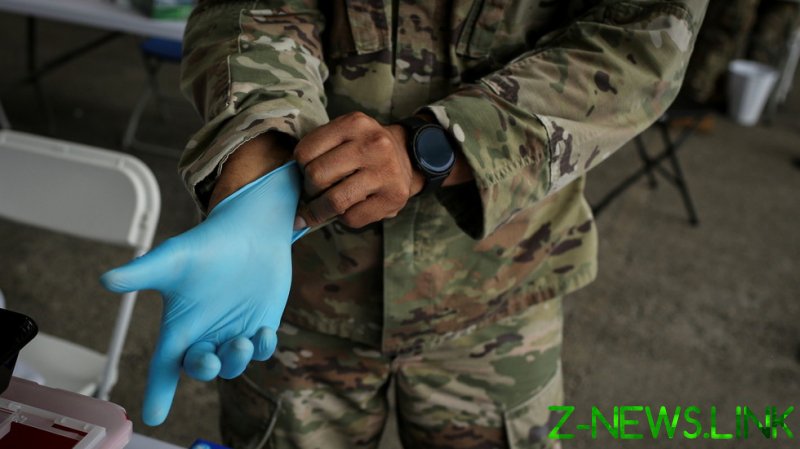 Army personnel who refuse the jab, including reservists and Army National Guard troops, will now have their service records “flagged,” preventing them from receiving “favorable personnel actions” such as reenlistment bonuses, promotions to higher ranks, decorations and other awards, attending military academies, as well as tuition assistance with higher education, according to an official memo obtained by DefenseOne on Thursday.

“I authorize commanders to impose bars to continued service… for all soldiers who refuse the mandatory vaccine order without an approved exemption or pending exemption request,” Army Secretary Christine Wormuth wrote in the document, dated November 16.

Around 72% of the Army’s active-duty, reserve and Guard troops have been fully vaccinated, according to Pentagon data cited by DefenseOne, while some 77% have received at least one dose. Though the majority of soldiers, sailors and airmen across all US military services are now immunized, some branches continue to see hold-outs, with nearly 8,500 Air Force personnel missing a vaccination deadline earlier this month as thousands seek religious exemptions.

The Marine Corps, meanwhile, announced on Thursday that it has no plans to immediately expel troops who miss a November 28 deadline. Navy Secretary Carlos Del Toro, whose branch oversees the Marines, said unvaccinated devil dogs would be treated “in a very respectful manner” and evaluated on a “case-by-case basis” – despite a previous memo warning that uncooperative soldiers would be outright booted from the service.

The new Army directive comes amid a battle between the Defense Department and the Oklahoma National Guard over the military-wide vaccine mandate. Earlier this week, the commander of the state’s Guard unit, Thomas Mancino, told his troops they would face “no negative administrative or legal action” if they refused the shot, prompting a terse response from the Pentagon, which insisted the mandate is a “lawful order.” Though Guard soldiers are largely under the control of state governments, the branch is still part of the broader national military apparatus and receives a significant amount of federal funding.