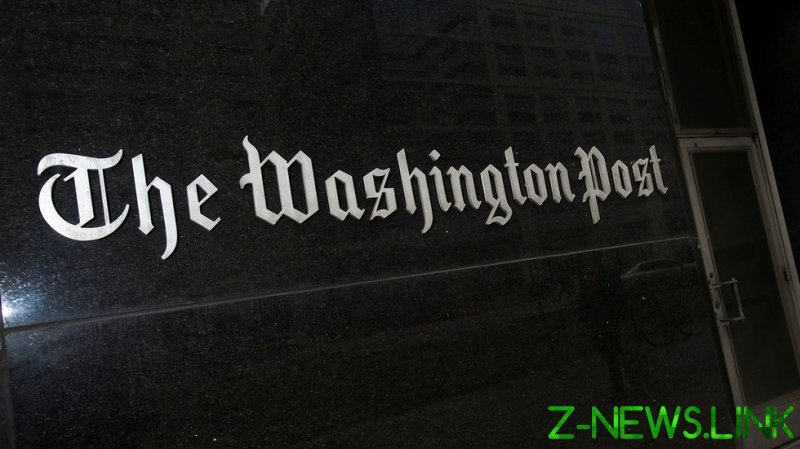 In a statement on Friday, the Washington Post announced that it had removed “large portions” of two articles covering the discredited Steele dossier – a political opposition report commissioned by Hillary Clinton’s 2016 presidential campaign which claimed to have evidence of a conspiracy between President Donald Trump and Russia.

Washington Post executive editor Sally Buzbee said the newspaper “could no longer stand by the accuracy” of entire sections of the articles from March 2017 and February 2019, which had mis-identified a primary source for the dossier’s most egregious claims – including that Trump had “defiled” a Moscow hotel room with prostitutes.

In an editor’s note for the 2017 article, the Washington Post said on Friday that its original account had “been contradicted by allegations contained in a federal indictment filed in November 2021 and undermined by further reporting.” A similar editor’s note was also added to the 2019 Russiagate article.

The Washington Post has previously added editor’s notes to several other dubious ‘Russiagate’ reports on alleged interference and hacking, and the newspaper was publicly condemned on Friday for having to add two more articles to the list of “corrected” stories.

“Another major editor’s note attached to a Washington Post Russiagate story. This one is essentially a retraction. There’s no way for major media outlets can keep evading this accountability. It’s crashing down,” tweeted journalist Glenn Greenwald, who added that the “scope of the media’s Russiagate fraud is only starting to be appreciated.”

Journalist Michael Tracey noted that Tom Hamburger and Rosalind Helderman, the two authors behind an article which “has now been effectively retracted,” received a Pulitzer Prize “for their Russiagate reporting from exactly the same time period.”

“Kinda makes you wonder what else they got egregiously wrong, doesn’t it?” he questioned, as other social media users called on the Pulitzer Prize to revoke Hamburger and Helderman’s award and demanded that the journalists resign.

Some social media users questioned why the Washington Post would not completely retract its discredited coverage instead of making such heavy edits. Meanwhile, others argued the damage was already done and that deleting falsehoods several years after they published merely amounted to “hiding the evidence.”

“These news organizations harmed our democracy,” tweeted author Svetlana Lokhova. “We need a judicial public inquiry into the culture, practices and ethics of the US press.”