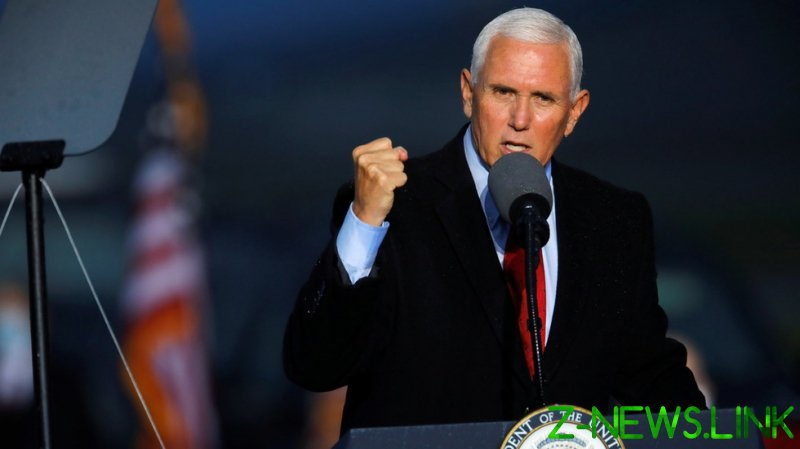 After saying his publishing house has “experienced outrage from both sides of the political divide,” Simon & Schuster CEO Jonathan Karp wrote that the most “extreme decision” a publisher can make today is to actually publish something, rather than “cancel” it under pressure.

“We come to work each day to publish, not cancel, which is the most extreme decision a publisher can make, and one that runs counter to the very core of our mission to publish a diversity of voices and perspectives. We will, therefore, proceed in our publishing agreement with Vice President Mike Pence,” Karp said.

The company’s deal with Pence was announced earlier this month. The first book that is part of the agreement, Pence’s autobiography, will be released in 2023. Simon & Schuster has not revealed how many employees signed the petition demanding the company nix the Pence deal.

In their protest letter, employees said their publisher was choosing “complicity in perpetuating white supremacy” by publishing Pence’s work and continuing to publish a book by Rep. Matt Gaetz (R-Fla.), currently investigated by the Justice Department over allegations of sex trafficking.

Despite standing by the Pence partnership, Simon & Schuster did back away from a book deal involving one of the Louisville police officers who shot Breonna Taylor, whose death was one of many that inspired major Black Lives Matter protests across the US in 2020. Simon & Schuster was set to distribute the book for independent publisher Post Hill Press, but backed away from the deal after protests from employees and contracted authors.

“That decision was immediate, unprecedented, and responsive to the concerns we heard from you and our authors,” Karp said. “At the same time, we have contractual obligations and must continue to respect the terms of our agreements with our client publishers.”

He also encouraged employees to have a look at what the company publishes in context and agree to disagree on which titles are culturally bad.

“Let’s also acknowledge that we don’t agree on which titles are taking us forward and backward! That tension — that push and pull — is a healthy part of the dialectic provided by classically liberal publishing companies,” he said.

While some on social media praised the company’s decision to push back against cancel culture and move forward with the Pence publication, others continued criticizing the deal and rejected mention of a healthy dialectic being the reason for sticking with the deal.

Books published by former politicians have become commonplace in the publishing world, but there has been increasing blowback over certain political figures being given deals.

Simon & Schuster itself actually walked away from a book deal with Sen. Josh Hawley (R-Missouri) earlier this year following the riot at the US Capitol on January 6, a decision Hawley blasted as “Orwellian.”

“As a publisher it will always be our mission to amplify a variety of voices and viewpoints: at the same time we take seriously our larger public responsibility as citizens, and cannot support Senator Hawley after his role in what became a dangerous threat to our democracy and freedom,” the company said in a statement at the time.