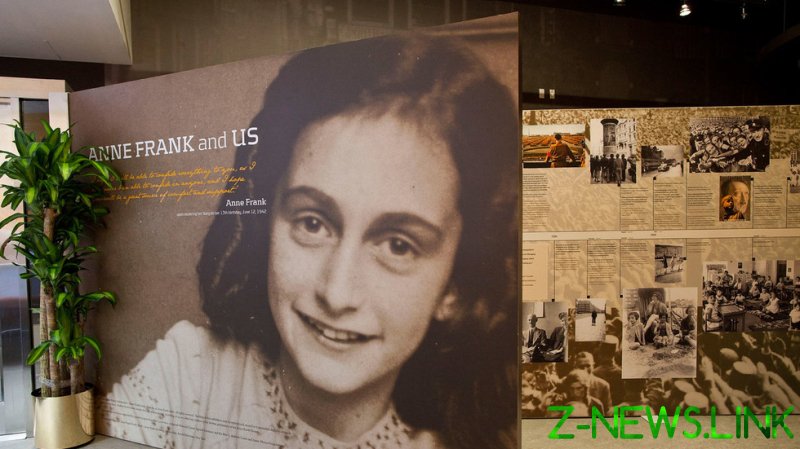 The Dutch publisher of a book which accuses a Jewish man of “most likely” betraying Anne Frank to the Nazis in 1944 has apologized to “anyone who feels offended” and stopped printing further copies.

Ambo Anthos – which publishes the Dutch version of ‘The Betrayal of Anne Frank: A Cold Case Investigation’ by Rosemary Sullivan – has expressed concern that not enough work was done to ensure Jewish Council of Amsterdam member Arnold van den Bergh was for certain the man who betrayed Frank and her family.

In a letter on Monday, the publisher said that “the conclusions of the study… are being questioned by several researchers.” Ambo Anthos apologized that the book has provoked “such a reaction” and admitted that it was “not possible to assess all details of the arguments” in the book “for correctness or substantiation.”

“We realize that we have gained momentum through the international publication and that a more critical stance could have been taken here,” the publisher claimed, adding that it was “waiting for answers from the research team to the questions that have arisen” and would be “delaying the decision to print” more copies.

The decision to delay further printing will not affect copies of the book in other languages, including English, which are not published by Ambo Anthos.

While many researchers and historians agreed that it was likely van den Bergh sold out the Frank family to the Nazis in an effort to protect his own, others expressed skepticism over the claims and argued there was not enough evidence.