Home / Game / Published trailer with a demonstration of the features of The Elder Scrolls: Blades

Published trailer with a demonstration of the features of The Elder Scrolls: Blades 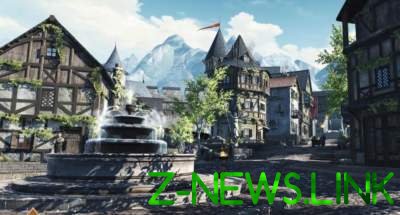 Despite the early access, the developer promises that all progress and purchases will go in the final version, which will be released in mid-2019.

Mobile action RPG The Elder Scrolls: Blades from Bethesda Game Studios some time ago was released in early access on iOS and Android. At the same time on Apple platforms, the game has already earned $1.5 million for the first month and has been downloaded over 1.3 million times.

“Swords, secret agents of the Empire, forced to go into exile. Returning to his hometown, you find that it is destroyed” – according to the description The Elder Scrolls: Blades. Classic role-playing game with dungeons allows a first person to participate in the new story single-player missions and feel like a defender of the settlement.

Players can also build and change your city, restoring it to its former glory. It is also possible to create your own character, equipping them with unique weapons, armor and abilities. Finally, in search of treasures, you can explore the endless depths of the Abyss with a progressive battle system, constantly increasing the power and complexity of the opponents.

The game continues to evolve, daily and weekly, provides special awards and orders, and for the performance last gives gems. The final version will be available arena modes, where users can challenge their friends or random opponents, engaging in epic duels.

Despite the early access, the developer promises that all progress and purchases will go in the final version, which will be released in mid-2019.