Published system requirements, and the plot is Strange Brigade 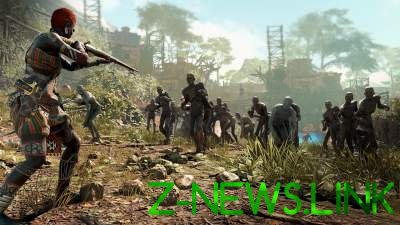 The system requirements are already published on Steam.

Co-op shooter Strange Brigade will be released later this month and developer Rebellion Developments have already shared technical details of the upcoming action. The system requirements are already published on Steam. It is reported by the DSOG.

Strange Brigade – a third-person shooter with a large emphasis on cooperative gameplay. In the game the gamer takes on the role of an adventurer from the 1930s and can integrate with up to three other players to fight a variety of mythological enemies, such as mummies, giant Scorpions and Minotaurs.

Four playable characters have different weapons and abilities. Each weapon has multiple slots for upgrades, which can be used to enhance combat capability. Players can switch and upgrade it on work machines that are in each level. They can also activate various traps such as blades and spikes to eliminate the enemy.

The game has a level of branching that encourage exploration. Players can also find chests for treasures that unlock powerful weapons and collect gold coins to purchase novolog weapons.

See also:  The developers told about the first clan of Vampire: The Masquerade – Bloodlines 2

In addition it is reported that the new game will use the Denuvo protection system. Strange Brigade and the premiere will take place on August 28 on Microsoft Windows, PlayStation 4 and Xbox One.