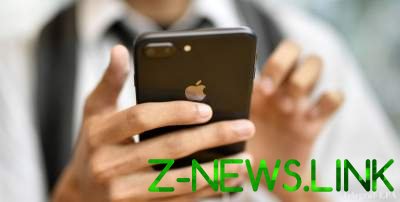 More interesting is the rear panel of the future Apple device.

Recently in the Network leaked mockups the next-generation iPhone, which, as expected, will create cases for devices.

Now in the Internet appeared the video with the realistic render of the new smartphone from Apple. In particular, the video confirms the presence of the device, tentatively called the iPhone XI, a triple chamber in the form of a triangular module.

The video was published insider OnLeaks, which is known for its accuracy in predictions. Image with a similar design was available in January: it was reported that this is one of the options, which, apparently, was adopted as final. However, if we compare the January and current options, you will notice a larger glass of the camera lens.

In addition, according to the staff, Apple does not intend to abandon the cut-outs in the top of the display, and the upcoming iPhone XI with high probability will be equally wide neckline, like its predecessor the iPhone XS. At recess, most likely, will be placed the usual elements – technology Face ID, speaker sensor and front camera. According to rumors, the phone will also be mounted 5.8-inch AMOLED-display (like iPhone X) with an aspect ratio of 19:9.

More interesting is the rear panel of the future Apple device. Renderings show what the iPhone XI will differ unusual arrangement of sensors triple camera: – square cutout on the back panel they are not installed horizontally or vertically in a row, and placed in a triangle. It is noteworthy that the back of the smartphone will be made of a single piece of glass, this item will also close the camera’s sensors. This means that you will not be able to touch either one of the three rear lens camera, as they will be located under the rear glass of the device. However, if you break this glass, you may experience problems using the camera.

See also:  There were pictures of the new powerful processor for iPhone

The redesigned mute button located on the left side of the device with the volume keys, while the power button is on the right. The bottom of the phone is a Lightning port: this confirms the rumors that the new iPhone, unlike the last line of iPad Pro will not move to USB Type-C. the dimensions of the device will be 143,9 x 71,4 x 7.8 mm. Presentation of the new iPhone scheduled for September of this year. In addition, not so long ago there appeared information that Apple is preparing to release a budget smartphone based iPhone 8. According to available information, the new device will get a 4.7-inch screen with Full HD resolution, 128 GB of internal memory and a single camera.