Published an 8-minute excerpt of gameplay A Plague Tale: Innocence 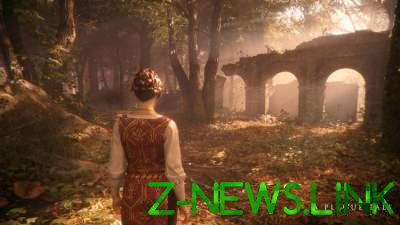 According to the developers, the video presents only a small part of what awaits players.

Focus Home Interactive has unveiled an 8-minute excerpt of A Plague Tale: Innocence, which shows the direct gameplay of the emotional adventure Amicii and Hugh tormented by plague, war and other plagues of medieval France. In this level, the character goes to the University, secretly moving, solving mini-puzzles along the way actively using the environment to your advantage.

We show how Amicia applies a stone and a sling, to throw the corpses of executed and distract the rats, having the opportunity to Wade through the horrible place of execution; she distracts the enemies to go forward; and as she addresses the soldiers. Also, the heroine uses fire and special adaptations of the Inquisition, to pass through the Horde of rats or guide the animals on their opponents.

In the process of Amicia actively collects a variety of materials and creates useful things. Gathering and crafting is obviously in the game important: sometimes there are even benches that allow for more complex work and to create, for example, more spacious bags for equipment.

She actively commented on the events (mostly what is directly confronted at one point or another), talking to herself. Some of her words may be considered for clues, for example, when she says she can’t go through a rat-infested place or try to find another way to the cemetery, leaning against the closed gate.

According to the developers, the video presents only a small part of what players can expect and where useful observation, ingenuity and craftsmanship of the items Amicia. In this level it is not accompanied by Hugues, who also will assist in the passage of many gaming moments.

A Plague Tale: Innocence will be released on may 14 in versions for PS4, Xbox One and PC. Those interested can pre-order (project cost on Steam is 1499 rubles). The users who bought the game in advance, will be available exclusive bonuses in the form of three additional emblems and costumes for Amicii and Hugo. The pre-orders on physical media (only for consoles) bonuses depend on the region.