Published a new sanctions list of the USA against Russian companies 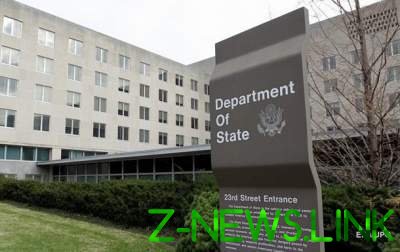 The state Department said that the new sanctions have notified all EU countries, partners and the business community.

The U.S. state Department released a list of Russian companies, cooperation with which can become the basis for secondary sanctions.

In the list of such organizations as the FSB, foreign intelligence Service (SVR) and Main intelligence Directorate of the General staff of the Russian Armed forces (GRU) and 33 of the company and of the group, including Rosoboronexport, Izhmash, Kalashnikov, the Corporation, rostec, MIG, Sukhoi, Tupolev, Almaz-Antey and others.

See also:  The journalist was being facetious on the "biomaterial" of the Russian

The state Department stressed that the United States has notified all countries of the EU and other partners, as well as the business community on new anti-sanctions, reports RIA Novosti.

According to the representative of the state Department, Washington got in touch with allies and partners in Europe and beyond.

See also:  In the UK the guy stole at a concert 53 phone

Recall, August of 2017, the President of the United States Donald trump signed passed by the Congress a bill on new sanctions against Russia, Iran and North Korea. The document, in particular, stipulated that in October the us administration will have to provide a list of individuals and organizations in the defense and intelligence sector, to be included in the sanctions list.