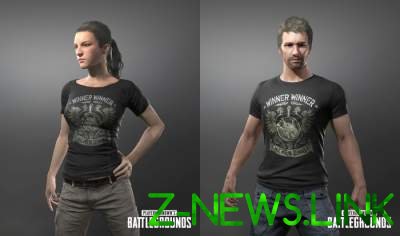 The long-awaited PUBG finally came out of “early access” on Steam.

Birth PlayerUnknown”s Battlegrounds turned out to be relatively quick: the game dropped the tag early access in just nine months. Today PUBG matured to version 1.0 and the developers of the PUBG Corporation along with this outlined plans for the future.

In the latest patch, the authors have worked on optimizing the altered appearance of the lobby, reworked the ballistics, the balance of weapons and animations, changed the music in the main menu, improved sounds, and made many changes to the interface.

In addition, PUBG Corporation expanded the capabilities of the game. Sims can now fly over obstacles, to use five new weapons and three new modes of transport. In PUBG also had a second map — desert Miramar with two types of weather (“clear” and “sunrise”). Finally, 1.0 is the function of a special three-dimensional repetition, about which we wrote earlier.

PUBG Corporation promises that the game it’s only the beginning: wait for further corrections and improvements of various kinds. For example, developers are going to divide people according to ping to all the participants of the match was a nice “experience”. Will continue the fight against cheaters.