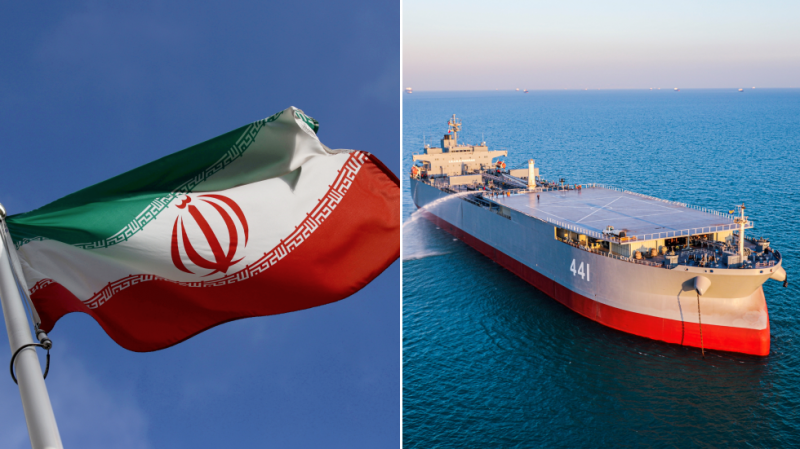 On Wednesday, Shekarchi, a spokesperson for the Iranian Armed Forces, slammed media outlets for accusing Iran of being behind the “potential hijacking” of the Asphalt Princess in the Gulf of Oman on Tuesday, as well as another recent attack on an Israeli-operated oil tanker.

“Conflicting reports published by some Western, Zionist, and Saudi outlets regarding maritime insecurity, hijacking ships, and etc. in the regional waters are a sort of psychological warfare and done to prepare the ground for new adventurism,” the general said.

Shekarchi added that the country’s military possesses intelligence over “suspicious moves” and is ready to act. The general even said that Iran is willing to extend help to foreign vessels passing through the region, if needed.

The comments follow a slew of reports placing blame for the incident on Iran. The Times newspaper, referencing British government sources, reported that the ship was hijacked by a “squad” of eight or nine attackers, with British officials “working on an assumption” that Tehran was behind the act.

US State Department spokesman Ned Price, meanwhile, acknowledged that there has been “a very disturbing pattern of belligerence from Iran,” but said that it was too early to “offer judgement” regarding the attack on the Asphalt Princess.

On Tuesday, Israeli Prime Minister Naftali Bennett issued a stern warning to Tehran of the “price” it will pay for meddling in Tel-Aviv’s affairs, after Iran purportedly attacked an Israeli-operated oil tanker last week.

Saudi Arabia’s foreign minister, Prince Faisal bin Farhan Al Saud, condemned the latest string of maritime assaults, asserting that “all around the region, Iran continues to be emboldened,” adding that Tehran poses a threat to “shipping in the Arabian Gulf.”

The Islamic Republic has denied any involvement in the latest slew of attacks, with Iranian Foreign Ministry spokesman Saeed Khatibzadeh slamming any speculation that Tehran was responsible for hijacking the Asphalt Princess as “highly suspicious.”

United Kingdom Maritime Trade Operations (UKMTO) reported on Tuesday that an unnamed ship, later identified as the Panama-flagged asphalt and bitumen tanker Asphalt Princess, was hijacked by a group of armed men off the coast of the UAE in the Gulf of Oman, which is connected to the Persian Gulf.

According to the vessel-tracking website MarineTraffic.com, the ship changed course and began heading towards Iranian waters early on Wednesday, but later stopped and changed course back towards Oman.