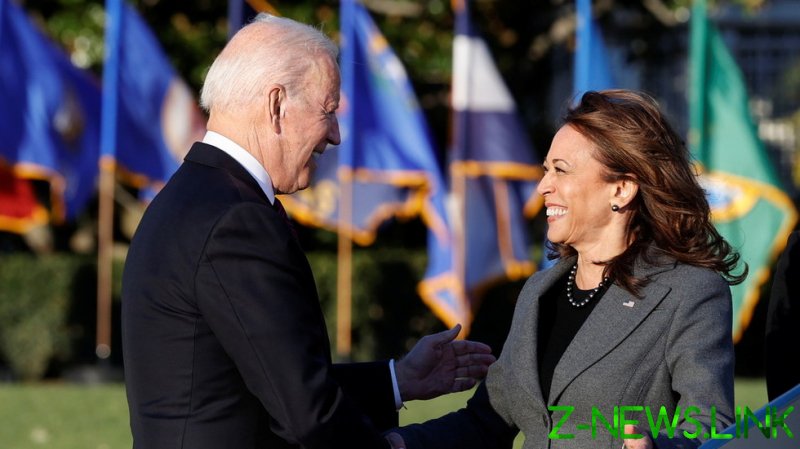 “I do think that it has been easier and harsher from some in the right wing who have gone after her because she is the first woman, the first woman of color [to serve as vice president],” Psaki reportedly said on Wednesday at the “Women Rule” event hosted by media outlet Politico.

Psaki’s comments, which were reported by The Hill, follow media allegations that staffers for President Joe Biden and Harris are clashing amid plunging approval ratings and concerns over “dysfunction” in the VP’s office. The press secretary leaped to the defense of Harris on Sunday, posting a tweet saying that the vice president is a “vital partner” to Biden and a “bold leader.”

On Wednesday, Psaki said she admired Harris for being the first woman and the first non-white person to serve as vice president. “It’s a lot to have on your shoulders,” she added, arguing that “there have been some attacks that have been beyond because of her identity.”

By invoking identity politics, Psaki followed the likes of comedian Jimmy Kimmel and former Democratic congressional candidate Pam Keith in attributing Harris’s apparent lack of popularity to sexism and racism. After a USA Today/Suffolk poll showed earlier this month that Harris’ approval rating had dropped to 28% – the lowest on record for a vice president – Kimmel argued that bigotry was the “obvious” cause.

CNN has also recently been labelled as “misogynistic” over a piece describing Harris’ woes. Bestselling author and political activist Don Winslow, among others, blasted the network for the article, which detailed rising tensions between the Biden and Harris camps.

CNN’s “hit piece” on Harris was “racist and misogynistic,” Winslow told his 733,000-plus followers on Twitter.