Psaki calls frenzied Afghan evacuation ‘success,’ but still not sure how many Americans remain stranded 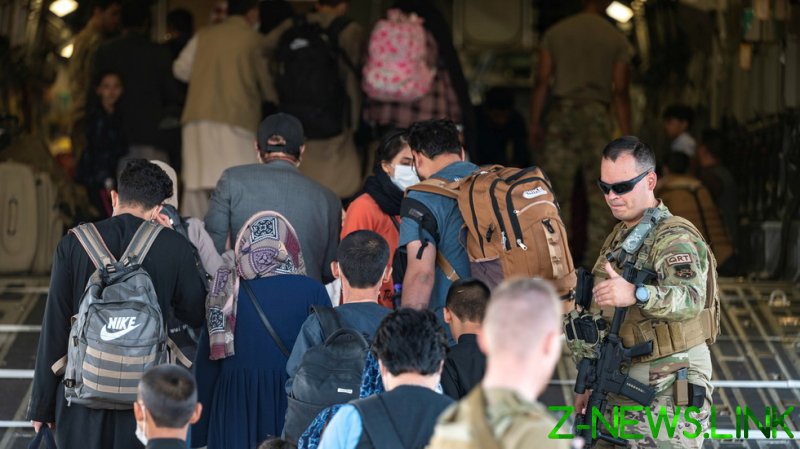 Asked about President Joe Biden’s August 31 withdrawal deadline during a Tuesday press conference, Psaki said that while the mission “will end based on the achievement of our objectives,” it is currently “on pace” to meet that date.

Fox News’ Peter Doocy pressed Psaki on the issue, citing an account of a US citizen who claims to have been trapped in Afghanistan for days without any outreach from the administration. The press secretary vowed to attempt to get in touch with that person and insisted that Biden is “committed to bringing Americans home who want to leave,” having previously said that no Americans are “stranded.”

Still, she acknowledged she could not say how many citizens are currently there, calling it a “dynamic number.”

“The US government does not track our citizens when they travel around the world. We rely on self-reporting – not just in Afghanistan, anywhere in the world,” she continued, explaining the difficulties in tallying Americans still in-country.

Our estimate of the overall number of American citizens who are there can increase, because folks are just now responding to our outreach who may not have registered. It can also decrease, because people leave and they don’t tell us.

President Biden later estimated that some 70,000 people had been evacuated so far in total, though also left unclear how many of them were Americans.

While Psaki said the evacuations are set to complete by the end of the month, she also noted that the White House had requested “contingency plans” to potentially extend that date, though declined to provide details. She added that “the Taliban’s deadline was May 1” under a withdrawal deal struck with the prior administration, saying Biden had determined the later August 31 date would give the “period of time needed to operationalize our departure.”

The press secretary also cited a potential threat of terrorism, saying that created extra urgency for the mission. “With each day of operations on the ground, we have added risk to our troops with increasing threats from ISIS-K,” she said, referring to the Islamic State’s so-called “Khorasan” branch based in Afghanistan.

National Security Advisor Jake Sullivan previously raised the threat of ISIS-K amid the US withdrawal, but officials have offered no evidence to suggest any attacks are imminent.

The chaotic effort to remove all Americans and US allies from Afghanistan kicked off after the Taliban swept most of the country earlier this month, capturing virtually every major city in the space of a few days. With the Taliban again governing the country, thousands of Westerners and Afghans attempting to leave have been forced to navigate a series of checkpoints manned by the group, worsening a logistical nightmare at the Kabul airport.

While US officials have so far been unable to offer solid figures for how many Americans are stranded in Afghanistan, a report in the Associated Press last week estimated that up to 15,000 citizens were still in the country. A leaked State Department cable obtained by Politico, meanwhile, suggests that just over 4,400 have been evacuated as of Monday.