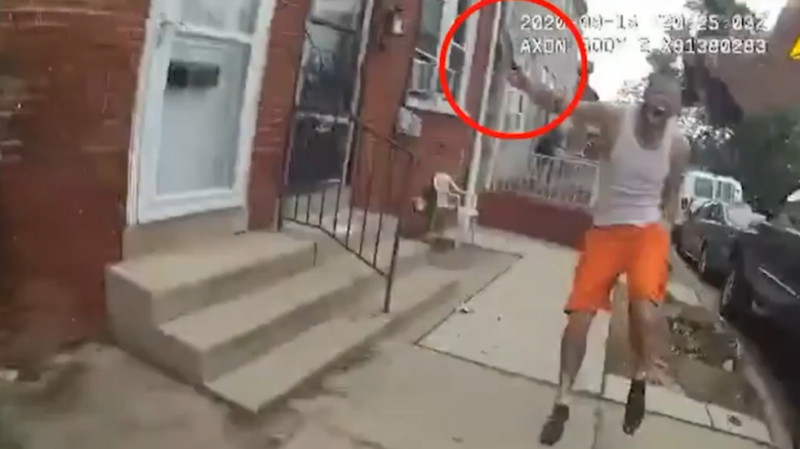 People have been flooding to the police station in Southwest Lancaster City, chanting “Don’t shoot” and other BLM slogans after an officer-involved shooting earlier in the day.

Footage on social media shows protesters smashing windows and jumping on a police car, as one of the gathering’s leaders announces that “BLM riots” have kicked off in the city.

Facing backlash over the shooting, Lancaster County District Attorney’s Office released body cam footage from the incident. The video starts with a woman running out of the house screaming. In the next second, Munoz rushes out of the door with a knife in his hand and charges at the responding officer, with the latter firing several shots at Munoz, who then falls to the ground.

Munoz was pronounced dead at the scene.

Lancaster DA said that they have been “investigating” the shooting to determine if the use of force was justified, but noted that the preliminary investigation indicates that the knife-wielding victim posed a immediate danger to the officer’s life before being killed.

A man with the same first and last names as Munoz stabbed four people in Lancaster in March last year. At the time, police said that the suspect refused to drop his knife when ordered by officers, but was eventually taken into custody. His trial was to start tomorrow.