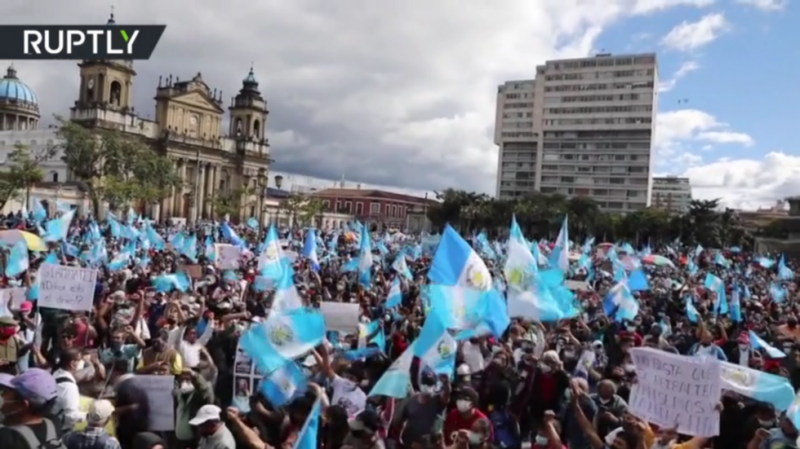 A mob vandalized and set fire to the government building during demonstrations on Saturday in Guatemala City.

Footage from RT’s Ruptly video agency shows flames shooting out of one of the structure’s windows, as black billows of smoke pour out of adjacent windows. Firefighters who rushed into the building were eventually able to extinguish the blaze. There were no serious injuries resulting from the fire, although several people were treated for smoke inhalation, according to reports.

The day was also marked by street protests, with demonstrators clashing with police in riot gear. Law enforcement officers were filmed shooting tear gas at the demonstrators.

Lawmakers approved the Central American nation’s new budget on Wednesday night, but opposition activists say that large infrastructure projects with links to government insiders are being prioritized over social services. The budget calls for cuts to health and education spending.

Protesters are now calling for the resignation of Guatemala President Alejandro Giammattei. The country’s vice president, Guillermo Castillo, has voiced his opposition to the budget and said that both he and Giammattei should step aside for “the good of the country.”