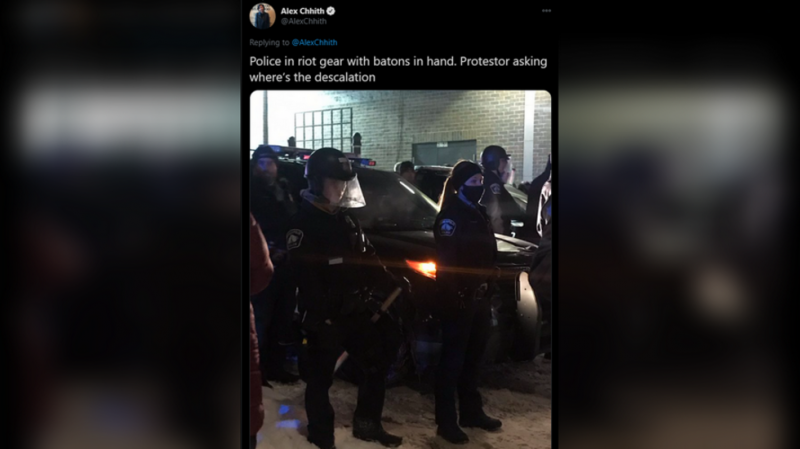 Police shot and killed a man in an exchange of gunfire, after pulling his vehicle over on Wednesday night, the city’s police force said. The individual was pronounced dead by medical personnel who came to his aid. A female passenger in the car was not injured, and no officers involved in the incident were wounded, a spokesperson for the Minneapolis police department said.

Police Chief Medaria Arradondo said during a press conference that officers were making a traffic stop involving a man who was suspected of being involved in a felony case when the individual opened fire on police. The officers then returned fire, killing the man, Arradondo claimed. He promised to release body camera video documenting the alleged shootout on Thursday.

The incident rekindled anti-police sentiment in the city, with several hundred people assembling at the scene about an hour after the shooting.

The crowd shouted obscenities at police as they blocked the street. One video purportedly taken at the site shows a group of angry residents chasing away a police cruiser.

Police in riot gear were later dispatched to the area. According to reports, officers complained that protesters were throwing “ice balls” at them.

A journalist on the ground said that the situation had become “extremely volatile and uneasy.”

The shooting occurred less than one mile (1.6 km) from the street corner where George Floyd died at the hands of Minneapolis officers. His death sparked riots in the city that quickly spread across the United States and even abroad, and led to nationwide efforts to “defund” police departments accused of racist, violent behavior.