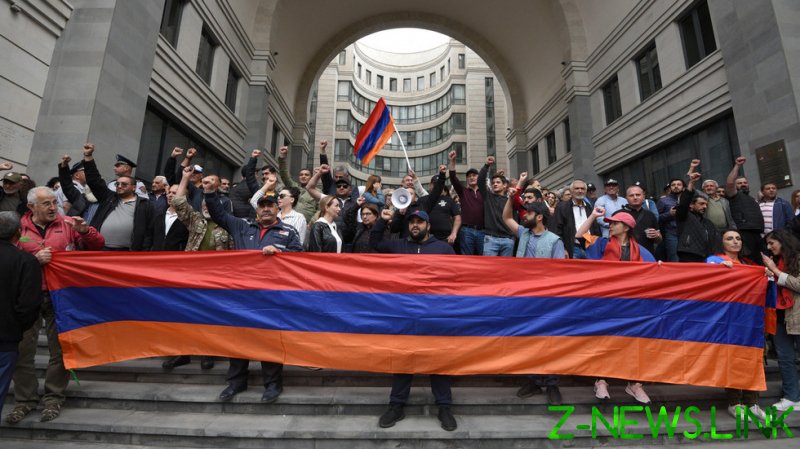 The Armenian capital has seen clashes and arrests with demonstrators, demanding the resignation of Prime Minister Nikol Pashinyan, blockading the Foreign Ministry building.

Anti-government unrest reignited in Armenia a month ago over the Nagorno-Karabakh issue, with the opposition accusing Pashinyan of trying to give the disputed region away to Azerbaijan.

Several thousand people gathered in central Yerevan on Tuesday morning and moved toward the Foreign Ministry, chanting: “Pashinyan is a traitor.”

The protesters then broke through police cordons and blocked the building’s entrances. Activists have accused the ministry of failing to defend the interests of the Armenian people.

Several opposition lawmakers arrived at the Foreign Ministry and managed to make it inside after minor scuffles, while the crowd remained outside. 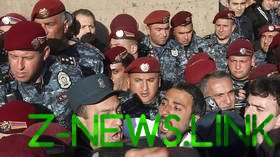 The situation escalated when police attempted to drive people away from the area. Clashes erupted, with a RIA-Novosti correspondent at the scene reporting at least 15 arrests.

Police officers, who refrained from using tear gas or other crowd control weapons, ended up being pushed back by the crowd. After blocking the building, the crowd later dispersed of its own accord.

The latest wave of protests against Pashinyan began on April 25 after he said the international community wanted Yerevan to “lower the bar” with its claims to Nagorno-Karabakh.

Tuesday’s unrest follows a meeting between the Armenian prime minister and Azerbaijani President Ilham Aliyev in Brussels on Sunday. During the talks, in which EU Council President Charles Michel also took part, the Armenian and Azeri leaders agreed to “advance discussions” on settling their differences on Nagorno-Karabakh.

The neighbors fought a 44-day war over the disputed region in 2020, with Baku capturing some parts of Nagorno-Karabakh, which had been controlled by Armenians since the early 1990s. Back then, Moscow’s mediation led to a ceasefire, with Russian peacekeepers deployed in the area.