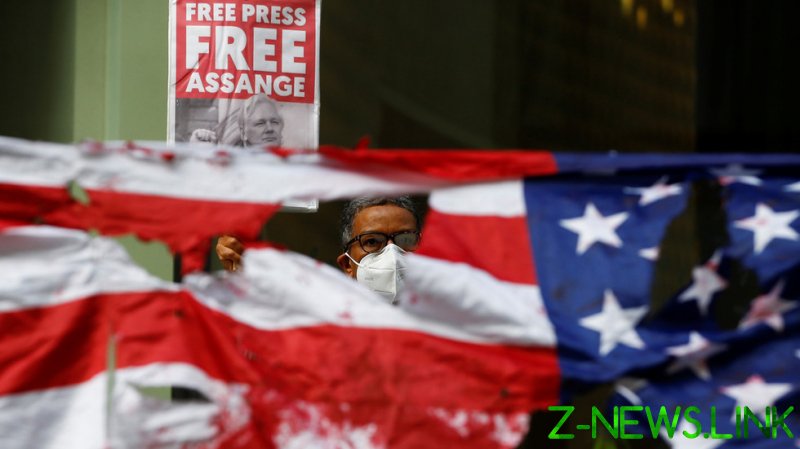 James Lewis, the lawyer representing Washington at Assange’s hearings in London, sought to poke holes in the testimony of renowned professor of neuropsychiatry, Michael Kopelman, who said on Tuesday that the WikiLeaks founder is suffering from “severe depression” after being confined to the maximum security Belmarsh Prison for over 16 months.

Kopelman, who has visited Assange more than 20 times in prison, opined that if the court rules in favor of extradition to the US, it might drive Assange to take his own life. He pointed out that the Australian’s years-long isolation at the Ecuadorian Embassy in London and the history of depression running in his family make the scenario even more plausible.

Lewis also blasted the expert for not identifying Assange’s partner, Stella Morris, by name in his first report, which Kopelman said was omitted for the sake of her privacy. Lewis then argued that the fact that Assange had a wife and two small children was “a protective factor against suicide” – a notion which Kopelman rejected, saying that suicide is not a sole prerogative of single people.

In a bid to show that the anti-secrecy activist’s mental suffering is a cunning ploy to avoid extradition, Lewis, somewhat surprisingly, invoked the fact that Assange hosted a 12-episode interview show for RT, dubbed ‘World Tomorrow,’ as far back in 2012, and even referenced his publication of documents exposing US war crimes in Iraq and Afghanistan in 2010.

The prosecutor reportedly asked if the depression Assange ostensibly developed after spending years in self-imposed exile, as well as in prison, “prevented Mr Assange’s solicitation or leaking of material from the US government.”

Lewis’ innuendo that Assange’s depression is all just a show has prompted a harsh rebuke from WikiLeaks editor-in-chief, Kristinn Hrafnsson.

Should he lose the court battle and be extradited to the US, Assange will be tried under the World War I-era Espionage Act and faces up to 175 years behind bars.