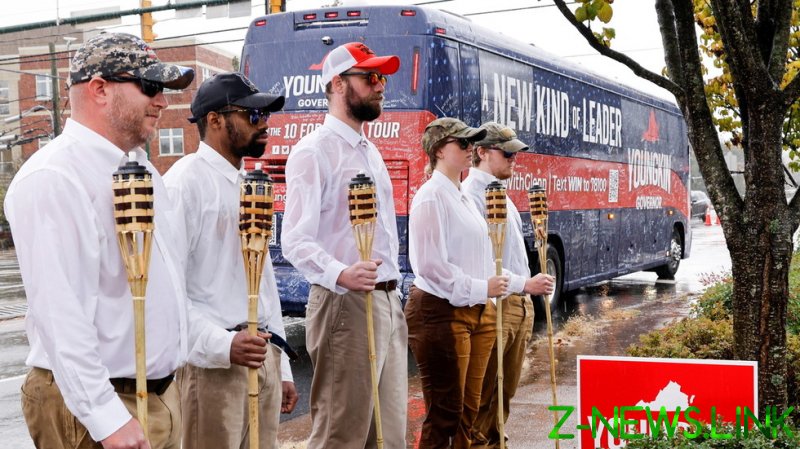 There’s a moment in Rush, the 2013 racing movie, in which Formula 1 rivals James Hunt and Niki Lauda state their public cases to have a rainy day’s race canceled or not. The upbeat and charming Hunt talks the group into going forward, while the humorless and rude Lauda fails to get his way.

As the meeting breaks up, Hunt tells his rival: “You know, Niki, every once and a while it does help if people like you.”

It’s a stylish way of referring back to the homey old maxim that one “attracts more flies with honey than vinegar.” One can choose to apply such wisdom as much as they see fit. Season to taste. Still, it’s safe to say that anyone who insists on behaving as miserably as possible, treating anyone that doesn’t serve them with utter contempt, will suffer for their conduct eventually.

In the wake of last week’s US electoral defeats, in which the long-time blue Commonwealth of Virginia fell to the Republicans in a foreboding preview of pending Democrat disasters in the 2022 midterm elections, a long-standing malignancy in progressive political strategy came slithering out of its rotten den once again.

Whenever challenged, let alone defeated, progressives coil their snake tails and lash out with acrid venom at anyone who disagrees with them, let alone votes against them. There’s a lot of ‘letting alone’ in that last sentence, and I wonder if that’s exactly what progressives need to do if they ever want any chance of growing their ranks.

As the polls closed in Virginia and a Republican took the gubernatorial hall, the loudest progressive voices from Washington, DC to Hollywood were already spewing their tantrums across social media. To them, those who voted Republican didn’t do so because they had concerns about the direction of the public school system or troubling trends in crime. They did so because they are bigots proving white supremacy is alive in the American South. The fact that the result of this election returned the first black, female lieutenant governor in Virginia’s history did nothing to disabuse them of this notion.

Of course, the defeated incumbent Democrat Terry McAuliffe is whiter than a ditch digger’s ankle. “Racist” merely serves as the go-to insult du jour since the George Floyd tragedy. The application of the epithet is becoming the rhetorical equivalent of lobbing a water balloon at the neighbor kid you don’t like and running away. It’s not exactly a convincing turn of phrase worthy of Cicero.

In short, as McAuliffe conceded, the dedicated progressives on Capitol Hill and their cool kid serfs on sun-soaked studio lots out west rushed out their endlessly gloomy hatred of anyone and everyone who wasn’t already left of Trotskyites. You’re either with them or dead to them forever.

Hollywood’s legions make more of an art form of outrage than they do movies these days. Their ongoing political diatribes are so elitist, so dismissive of the flyover’s needs and opinions, they all but beg uncommitted voters to turn away from Democratic candidates. I maintain that Donald Trump’s win in 2016 was as much a middle finger to the entertainment industry’s clique politics as it was a response to Trump’s embracing the working class.

They’re all supposedly grownups and are allowed to run their mouths and their political movements as they see fit. That said, allow me to do some math on their collective behalf. Let’s say hardcore progressives make up about 30% of the US population. That number could be higher or lower, but it’s round enough to bounce for us here. For purposes of demonstration, let’s also put the number of dedicated conservatives at that same 30% mark.

Now, that doesn’t mean the denizens of that remaining 40% don’t lean left or right. They’re just not bathing in a vat of red or blue Kool-Aid.

With our rough 30/30 split in place, most elections are “decided by the undecided.” Left and right, progressive and conservative, Democrat and Republican are duking it out over who can attract most of the moderates. In other words, they spend millions and yack 24/7 to see who can attract the most of those who believe the least.

With that in mind, if I had a member of the hard left in front of me, I’d beg for an answer to a simple and direct question(s): “How do you expect to grow your political movement and recruit independents to your side of the aisle if you reflexively call anyone who isn’t on board an idiot, a racist, a Nazi, etc.? Why would anyone not already in the fold want to join the movement after you’ve insulted them, their friends and/or their families because they weren’t already enlisted?”

We can lay this uncomely behavior at the feet of the religious elements found in the progressive ranks. The hard left operates more as a zealot cult than a smart, calculating political movement. Anyone already not kneeling at the altar is not merely a lost pilgrim or the unconverted. They’re heretics, beneath the tolerance of the great enlightened and not worthy of human courtesy, let alone evangelism.

In the interest of fairness, it’s never the case that only the left revels in bile. The current, barely disguised vulgarity of “Let’s Go, Brandon!” has all the depth and intellectual sophistication of a Toby Keith magnum opus. When one can’t maintain a reasoned argument, he or she reverts to ad hominem attacks. On occasion, the less civil denizens of the Right seem dead set on a race to their bottom.

The right never seems overly interested in adding to their ranks. The most extreme factions stormed the Capitol, actively putting off anyone even vaguely sympathetic to their cause, while the rest err more on the side of indifference when meeting the opposition. Meanwhile, their leftist counterparts mark each other and gain esteem within their subgroups by displaying and ranking outrage, disgust and intolerance.

Conservatives should really be grateful to their enemy camp, as the left’s vile treatment of their opponents is a huge advantage to the right. Progressive policies often sound warmer and fuzzier than those of their opposition, even if those plans often struggle in application. Imagine how the scales might tilt if the Woke handled defeat with an “…I’m sorry we disagree. Maybe we could find common ground. Would you consider new ideas such as…?” instead of a “…We don’t want your diseased vote after all, you illiterate, racist pig.”

When progressives do get their heads handed to them in 2022’s US election, as every poll and analyst indicates is all but unavoidable, there’s little doubt they’ll be using their vitriolic longbows to fire outrageous arrows of smug superiority and outright hatred in any direction but left.

Meanwhile, I’ll be sitting here asking who in the history of this planet made friends and earned supporters by spitting fury at them whenever they disagree or dare to ask questions. With friends like those, who needs Trotsky?