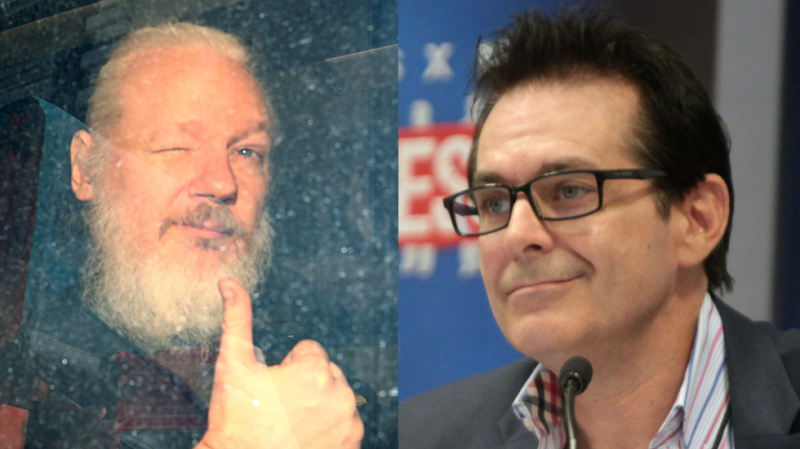 Appearing on Carlson’s show on Friday, Dore spoke out against the left’s support for the tech industry’s censorship of conservatives and Trump supporters.

Carlson agreed, claiming that Dore’s arguments were instrumental in changing his mind on Assange, who has been charged with espionage for publishing classified documents, some of which exposed US war crimes in Iraq and Afghanistan.

Carlson has a close relationship with President Donald Trump. He reportedly helped talk Trump out of attacking Iran in 2019, and by his own admission convinced the president to take the coronavirus pandemic seriously last year. An argument made on Carlson’s show stands a good chance of reaching Trump, and Dore’s plea for Assange’s pardoning likely caught the president’s ear better than any viral tweets or online petitions have thus far.

Yet to liberals, any argument made on Carlson’s show is seemingly invalid the moment it hits the airwaves. Though he often features left-wing guests and frequently agrees with their arguments, Carlson is vocally right-wing, and his scathing criticism of such liberal causes as ‘Black Lives Matter’ has made him the target of advertiser boycotts and earned his show the nickname “the white power hour.”

These establishment-friendly liberals accused Dore of ignoring “fascism” and helping Carlson further his “far-right agenda,” in the words of liberal pundit Emma Vigeland.

Dore has been slated by these same liberals since he started a campaign last month aimed at pressuring Democratic superstar Rep. Alexandria Ocasio-Cortez to oppose House Speaker Nancy Pelosi’s bid to reclaim her speakership unless a vote on universal healthcare was brought to the floor. The Young Turks network founder Cenk Uygur was among the most vocal critics of Dore’s plan, and with Dore having worked for TYT before, his ex-colleagues – including Viegland – lined up against him.

But the controversy over his interview with Carlson drew new eyes to the argument for Assange’s freedom.

The segment also reminded onlookers that the goals of the mainstream, liberal left, aren’t always the same as those of the dissident left.

As the argument played out online, Assange himself remains behind bars in the UK. Though a judge denied the US government’s request for extradition earlier this month on humanitarian grounds, Assange was denied bail and will stay in a high-security prison while the US appeals the denial of extradition.