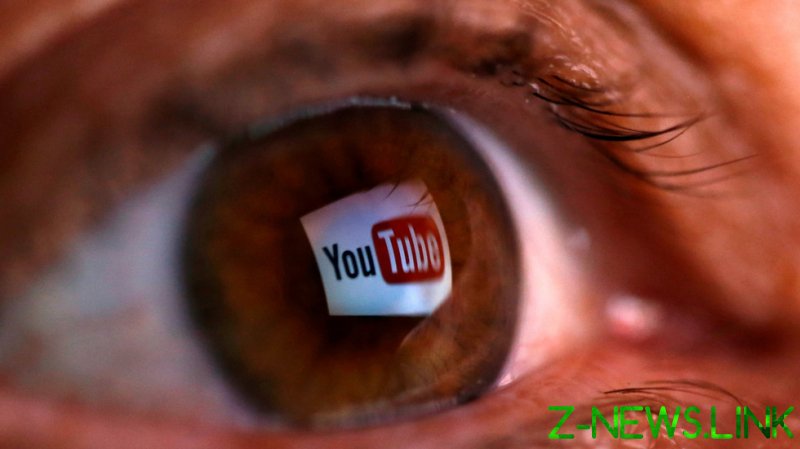 In a series of tweets, the popular pundit and co-founder of Status Coup News revealed that footage of the January 6 Capitol riots had been yanked from his YouTube channel, apparently for violating the platform’s policies against “spam and deceptive practices.” The video’s deletion followed a similar incident in which a livestream of a right-wing rally held several days before Joe Biden’s inauguration was taken down by YouTube for alleged policy breaches, Chariton said.

The journalist announced on Wednesday that he had changed his position on policing the internet for ‘extremist’ views and misinformation. He expressed regret that he had earlier tweeted that any outlet that had pushed the 2020 election fraud “conspiracy” should be deplatformed, claiming they had helped incite the violence in the capital in early January.

“With time to reflect, & seeing Silicon Valley’s censorship onslaught, I regret this tweet made in [the] heat of moment,” the progressive journalist wrote. “Whether certain cable/YouTube outlets mislead audiences w/ dishonest claims lacking real evidence, they shouldn’t be targeted.”

He pointed out that over the last several days, other progressive YouTube channels have also been targeted and demonetized.

In a livestreamed interview with Lee Camp, host of RT’s Redacted Tonight, Chariton pointed out that the videos of the Capitol riot and other protests do not “advance” the claims of election fraud, but simply cover major news events. He told Camp that YouTube was using its “purge” of right-wing channels as a “cover” to “get rid of” content that advocates for all alternative viewpoints, such as progressive content making the case for universal healthcare, or criticizing US foreign policy.

He noted that the “historic” footage of the Capitol riot posted to his channel had been picked up by major broadcasters such as CNN and NBC, but that YouTube has curiously left their versions of the videos untouched.

Chariton further stated that he did not see how Big Tech giants could argue that they are trying to protect users from potentially harmful content, observing that no outlet has ever been censored or punished for relaying the falsehoods that led to the 2003 invasion of Iraq. As a more recent example, the progressive pundit joked that innumerable brain cells had been “killed” by debunked Russia collusion stories, but that YouTube hasn’t wiped such content from its platform.

Although many have cheered Big Tech’s crackdown on ‘extremist’ content following the Capitol riot, the thought-policing has already shown signs of backfiring on leftists. Last month, the UK’s Socialist Workers Party was temporarily scrubbed from Facebook. The socialist outfit was one among tens of thousands of accounts that have been removed from Facebook and its subsidiary Instagram in recent months. Some 37,000 Facebook pages and groups were deleted between August 2020 and January 12, 2021 as part of the platform’s crusade against what it calls “militarized social movements.”