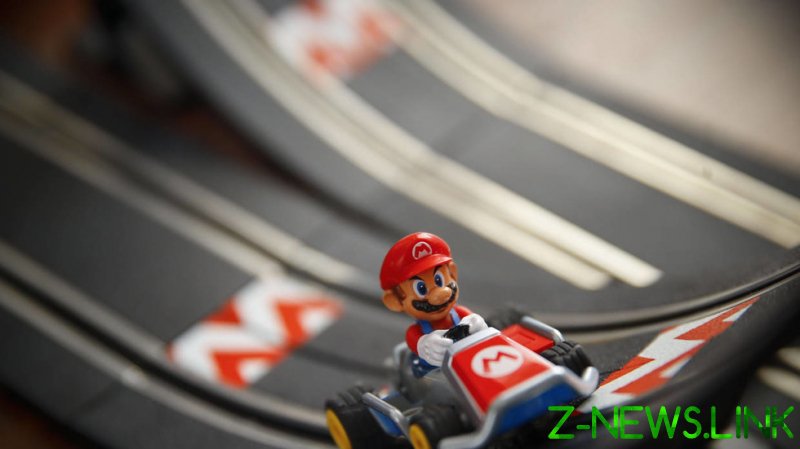 Using what he sees as an example of an equitable game, in his paper “From Mario Kart to pro-poor environmental governance,” Bell argues in favor of the so-called rubber-band effect, in which the gameplay is regulated through the distribution of power-ups of varying potency.

Making the case for more effective environmental stewardship is a tall order, but by drawing examples from such a universally popular video game might help communicate the message more succinctly and effectively, Bell says.

Agriculture was once an escape route from poverty which is, in many instances, no longer the case, Bell says, with the ‘race’ of life already rigged in many cases and for the majority of the human population.

“A model for part of that path may already be laid out, through a pro-equity, inclusive system that is known across the globe and predates the modern pro-poor literature: Nintendo’s Mario Kart,” Bell says.

For the uninitiated, Mario Kart is a colorful, chaotic racing game in which various Nintendo characters battle for pole position, often deploying a variety of outlandish power-ups, from mushrooms which give the player a boost (or in newer versions, makes them giant and capable of crushing their competitors), to a variety of bananas and colored shells which can stop the opposition in their tracks for a brief period.

Those in the lead typically are granted the less powerful banana peels to trip up their closest competitors, while those further back might be gifted a blue shell, with which to target only the race leader from far back in the course.

The thinking behind this game mechanic is that, at no point should it be impossible for player’s to reverse their fortunes, otherwise there’d be no fun for anyone and the game wouldn’t have become such a ubiquitous feature of game nights the world over in the decades since its initial release in 1992.

Some of the in-game power ups slow down the leaders while others provide a much-needed boost to get struggling players back on track, literally and figuratively.

Bell argues that this exact type of rubber-band game mechanic, which actively prevents players from pulling too far apart by increasing resistance at the front and drive at the back, is a powerful metaphor for targeted relief in the real world, to help the most disadvantaged to compete more effectively.

“That makes it potentially powerful, because the same people who might launch the next social or environmental program are people who can relate to Mario Kart,” Bell said, arguing in favour of a more effective and reactive “social feedback mechanism.”

Policies which can provide “a balancing feedback that pulls harder at people in the back as the distance from the front grows,” would have a more dramatic effect on poverty in the world, Bell says.

He adds that, rather than developing real-world analogues for the much-feared blue shell, or the highly-prized star of invincibility, policy makers tend to enact practices which increase the distance between groups, with the widely-shared frustrations of a quick game (or 20) of Mario Kart providing a powerful, relatable point of reference.

Game designer, professor, and games writer Ian Bogost feels that Bell is missing the point to a certain extent.

“…[T]he effect is not (just) applied to the whole system, but to the system as it relates to the human players specifically.”

In essence, the human players remain the privileged ones, with other racers (the AI) still largely left behind, so the straight-to-life comparison falls flat.

Other issues include the apparent punitive nature of the blue shell, which tracks the race leader and can merely prevent them from coming first when timed correctly. In a real-world analogue, such as taxes or restrictions, the redistribution of resources doesn’t necessarily redistribute the opportunity to come first, just a marginal increase in the racers’ respective place in the field.

Economic policies that might attempt to replicate the blue shell merely constitute a temporary inconvenience for the race leader, often to the advantage of their next nearest competitor, rather than lasting impact for the rest of the racers or society as a whole.