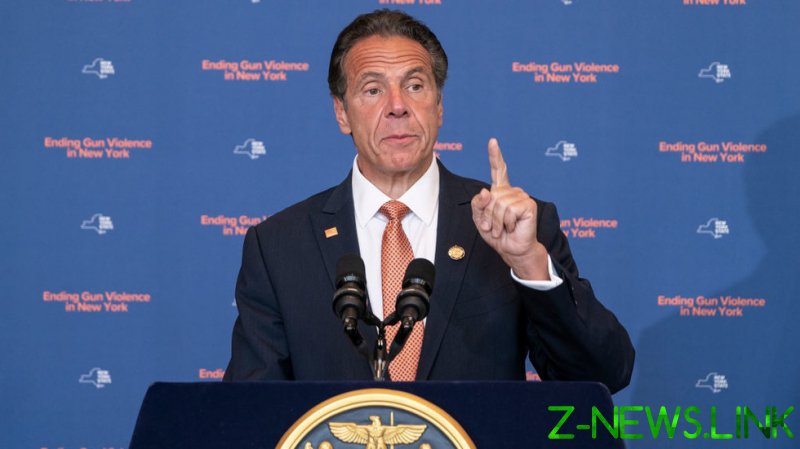 Former New York Governor Andrew Cuomo apparently won’t face state criminal charges over his handling of Covid-19 deaths in nursing homes, as an investigation of the matter has ended without an indictment.

Elkan Abramowitz, a lawyer representing Cuomo, said he was informed on Monday that the Manhattan District Attorney’s Office had closed its probe of the former governor. “I was told that after a thorough investigation, as we have said all along, there was no evidence to suggest that any laws were broken,” Abramowitz said.

The DA’s office hasn’t issued a statement on the decision. Cuomo was accused of deliberately obscuring death counts amid criticism of his Covid-19 policies, which included forcing nursing homes to admit people infected with the virus. A state attorney general investigation found that his administration undercounted nursing home deaths by as much as 50%, and a separate probe by the New York Assembly concluded that he misrepresented the data.

State lawmakers had considered trying to impeach Cuomo over the issue, but the governor resigned in August amid a deluge of sexual-misconduct claims. His administration allegedly hid the scale of the elderly care crisis by counting only residents who died in their nursing homes and not including those who passed away after being transferred to hospitals.

Cuomo was portrayed by legacy media outlets as an early hero of the pandemic, and he cashed in with a book on the “leadership lessons” from his handling of Covid-19. A state ethics board last month ordered the ex-governor to hand over the profits he made from the book, saying he got approval for the project on false pretenses and improperly used state resources. He was paid a $3.1 million advance by his publisher and was promised an additional $2 million.

Even as Cuomo received media accolades, New York had one of the highest Covid-19 death rates through much of his watch. The state also had one of the highest rates of death in nursing homes, contrary to claims that the governor made early in the pandemic. An analysis by public policy researcher FREEOP found that more than 12% of New York’s long-term care residents died from Covid-19 during the first year of the pandemic – fifth-worst in the nation – and Cuomo’s administration undercounted the death toll by 68%.

Cuomo still may be prosecuted in Albany County, where former aide Brittany Commisso accused him of groping her while she was working at the governor’s mansion.