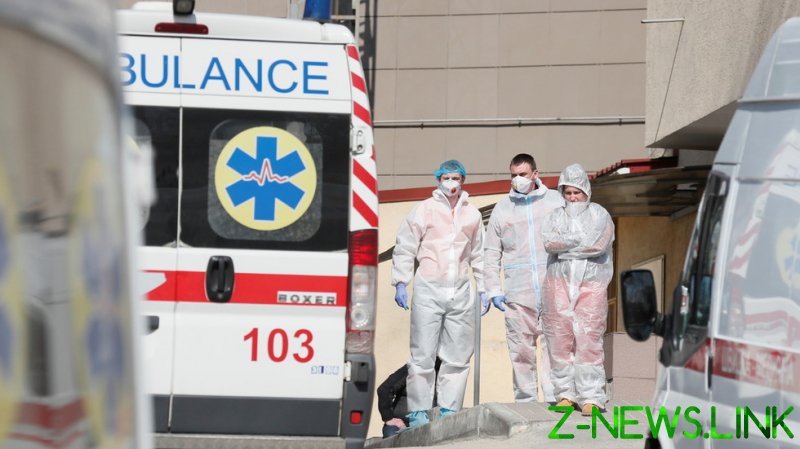 The Ukrainian health ministry said in a statement that a 47-year-old man from the Vinnytsia region was vaccinated by a mobile team at around 1:45pm local time on Friday.

The man initially appeared to have no complications, but at around 5pm he began complaining about nausea, and then he lost consciousness. An ambulance was called, but resuscitation efforts failed and the patient died about an hour later. This is considered too short a time frame for the death to be a mere coincidence.

However, the others inoculated from the same vial are feeling well, the ministry added. It’s also worth noting that the Pfizer jab is considered to be one of the best vaccines in the world.

Medical authorities are reviewing the incident. The patient’s death was logged as “an adverse event after immunization,” because he died within 30 days of being vaccinated against Covid-19.

The health ministry noted that it believed previous cases of post-vaccination deaths were not linked to the injection of the vaccine. “Vaccination for Covid-19 does not prevent the development of other diseases or the death from other causes,” the statement said.

Ukrainian TV channel Hromadske reported that the Vinnytsia man was the first patient in the country to have died shortly after receiving the Pfizer vaccine. Media previously reported that four people had died after being inoculated with the AstraZeneca/Covishield jab.

Along with Pfizer and AstraZeneca, Ukraine has been using the Chinese-made CoronaVac vaccine in its immunization campaign. More than two million people have received at least one dose of the vaccine as of Friday, according to the health ministry.

Last month, the US Food and Drug Administration added risk of heart inflammation to the list of rare adverse effects from the Pfizer and Moderna vaccines. The European Medicines Agency previously confirmed that the AstraZeneca vaccine, now known under the name Vaxzevria, is linked to extremely rare cases of blood clotting.

Health officials in various countries have said the benefits of taking the Covid-19 vaccine vastly outweigh the possible rare negative effects, while the risks of falling sick to Covid-19 and dying from the virus are much higher.