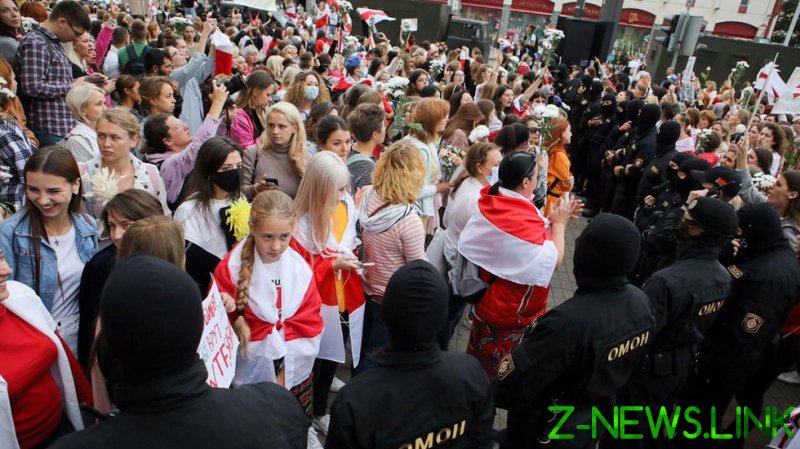 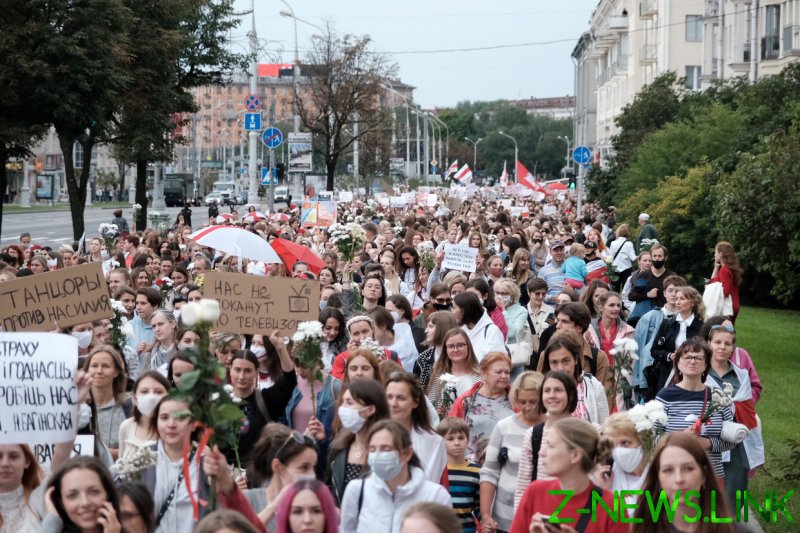 Police warned the marchers that their action was unauthorized and called on the crowd not to disturb public order and to break up the gathering. However, the marchers ignored the calls – and at one point they even attempted to break through one of the police cordons blocking a street. Footage suggests the attempt was a success.

While no mass arrests took place during the march, US state-run media RFE/RL claimed that two of its reporters, who were covering the march in a live broadcast, were detained by the police.

Rallies were also being held in some other cities across Belarus, most notably in Brest and Gomel, according to opposition media. There, people lined up in chains of solidarity, holding flowers, red and white flags and balloons in their hands. 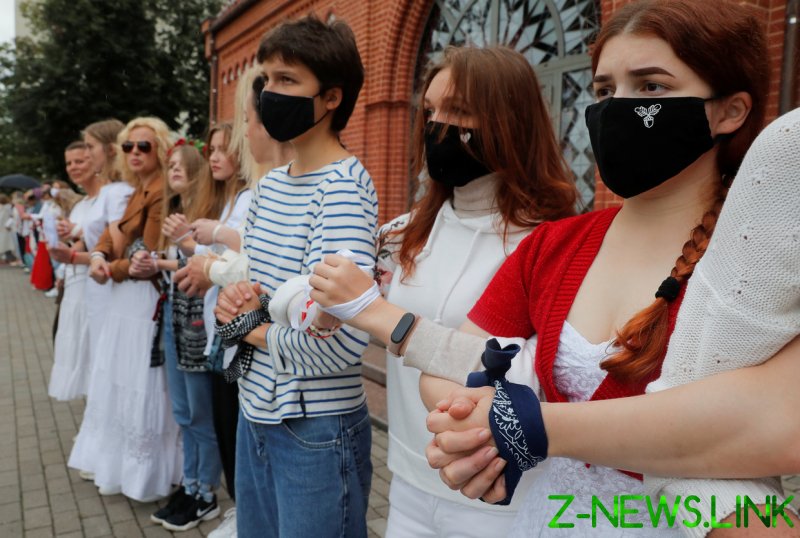 Also, on Saturday, two ‘motor rallies’ were staged in Minsk, in support of Lukashenko. According to news site tut.by, one of them was held in the city center under the slogan “For Peace, For Belarus.” More than 100 cars carrying the red and green state flags of Belarus took part in the rally. The second motor rally, titled the Golden Ring of Minsk Region, kicked off from the Mound of Glory memorial complex near the capital. According to state news agency BelTA, 800 people took part in it. The total length of the route was 200 km.

Meanwhile, the Coordination Council of the Belarusian opposition has called on the country’s Internal Affairs Minister, Yuri Karaev, to resign or to turn himself in. One of its best-known members, Maria Kolesnikova, said he bore responsibility for the violence from law enforcement during protests.

“Mister Karaev, on August 13, on the air on Belarusian television, you took responsibility for those who were roughed up. Death of people, violence, unprecedented cruelty and torture of civilians – we all saw this,” she outlined, during a YouTube broadcast on Saturday, “If you take responsibility for those events, you have two options – you either resign, or you must turn yourself in.” 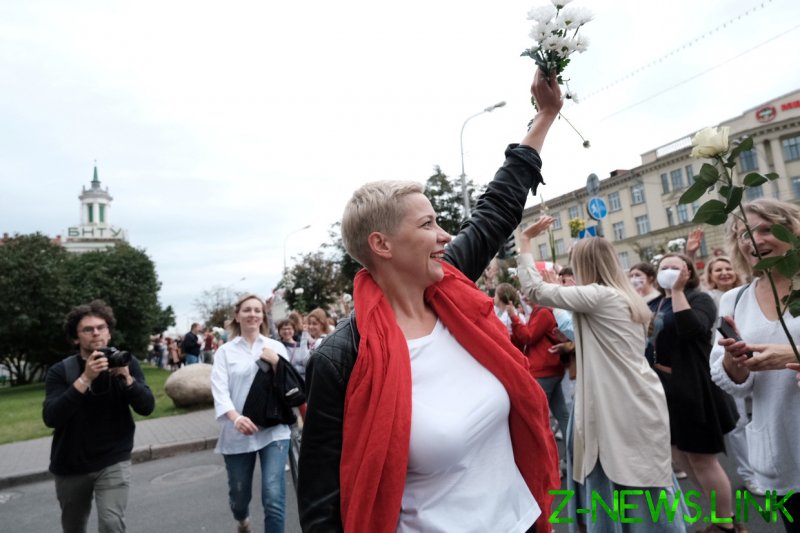 Kolesnikova added that the opposition plans to create its own official political movement in Belarus, but warned it wouldn’t happen imminently. “It is very important to understand that now it has been 20 years, since not a single new party was registered in the country,” she explained. “This suggests that the mechanisms for creating a party and its registration most likely do not work or work very poorly, just like all other laws we have.”

Kolesnikova also stressed that members of the Coordination Council of the opposition of Belarus are working voluntarily, without payment. “None of us has ever received money for what we do,” she said, adding that the council never asked the West for funding. “We learned from media about 53 million [euros] that the EU representatives spoke about, but we did not ask for it.”

Belarus held its controversial presidential election on August 9. According to the Central Election Commission, Lukashenko received 80 percent of the vote, while the main opposition candidate Svetlana Tikhanovskaya garnered 10 percent. She refused to recognize the election’s results, and fled Belarus for Lithuania. Protests erupted in the country’s capital of Minsk and several other cities following the presidential vote, leading to clashes between protesters and law enforcement officers, who sometimes responded violently.