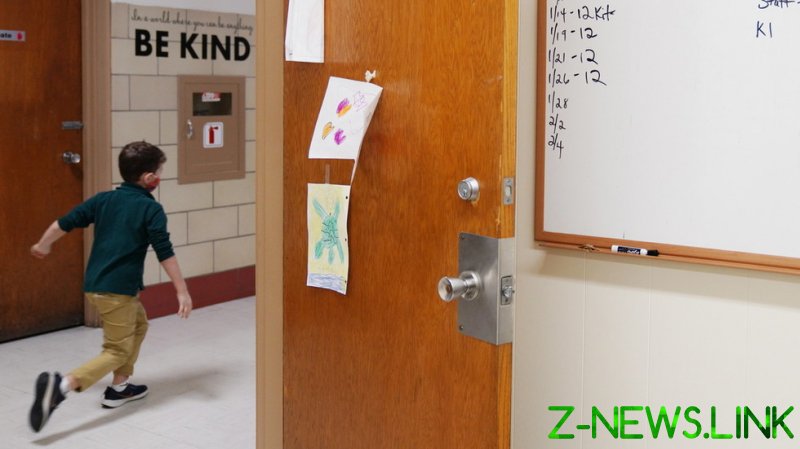 After three years of protests and controversy, Governor Ned Lamont signed bill HB6423 – which removes a clause enshrined in law since 1959 that allowed non-immunized children to attend school, college, and daycare – on Wednesday after it was approved by the Democrat-majority Senate late on Tuesday night.

Over 2,000 protesters – many holding up signs that said “Parents call the shots,” “My body, my kids, my choice,” and “Coercion is not consent” – had rallied outside the state Capitol building, contending that the legislation infringes on parental rights and religious liberties.

Two groups opposing the legislation – the CT Freedom Alliance and We the Patriots USA – said they are filing federal and state lawsuits challenging the new law, which will take effect in the 2022-23 school year.

“This lawsuit will strike at the heart of claims that there can ever be a public health emergency such that fundamental rights to raise your children become the power of the state,” said Norm Pattis, a lawyer representing the organizations.

In a statement posted to Twitter, Lamont said, “This law does not take away the choice of parents to make medical decisions for their children … (it) best ensures that other children and their families will not be exposed to deadly diseases for hours each day in our schools.”

Pattis later argued it is “far more chilling” for the state to tell a parent how to raise their child than to expose other children to a “nominal risk” of infection, given the state’s high overall vaccination rate.

Proponents of the bill say removing the exemption will help prevent outbreaks of highly contagious diseases like measles. Declining vaccination rates in some schools, they contend, could endanger communities with low herd immunity rates and children who cannot be vaccinated for medical reasons.

Its critics argue the bill is unnecessary, given the state’s overall high vaccination rate. They also say it is discriminatory, since it will mean leaving parents with religious concerns about vaccines with little recourse but to home-school their children. Brian Festa of CT Freedom Alliance said it meant the state was being proactive because of some “hypothetical future emergency.”

During a 16-hour debate in the Senate, legislators heard there were at least 7,500 students claiming the religious exemption, and as many as 20,000 were in non-compliance with the requirements.

California, New York, West Virginia, Mississippi, and Maine are the other states to have removed the religious exemption, according to the National Conference of State Legislatures.

The state will still permit medical exemptions to vaccination. The new law also contains a grandfather clause that covers any current students at the kindergarten level and older with an existing religious exemption.

“All we’re doing is closing a loophole for non-medical exemption,” said Senator Bob Duff, Senate majority leader. “People are abusing ‘religious exemptions’ for non-religious reasons only because they don’t believe in health and science.”