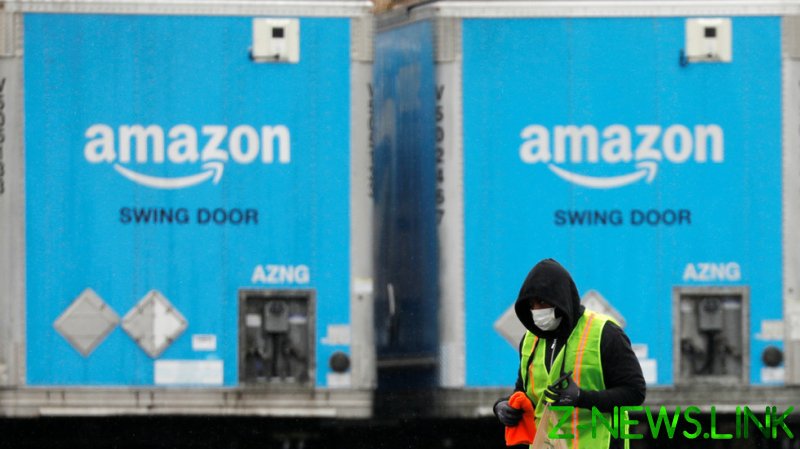 The last batches of votes from Amazon warehouse workers in Bessemer, Alabama are being counted to determine whether the facility will be Amazon’s first – and by extension Big Tech’s first – to unionize, a massive milestone that Amazon seems to dread despite its sky-high profit margins.

On Monday night, a series of tweets from what appeared to be anti-union Amazon workers were sent, all seeming to go way over the top in lamenting the fate of a union member. However, the accounts had all been created within a few days of their new posts, and many have since been suspended by Twitter or changed their identity in one way or another.

While the accounts initially followed a known Amazon template the company has used to delineate company “ambassadors” – individuals publicly tasked with promoting and supporting Amazon on social media – the megacorporation ultimately distanced itself from one account, @AmazonFCDarla, which griped about union dues compared to the expenses of raising two young boys and posted in defense of Amazon CEO Dave Clark.

“Darla” piled on the Amazon love while managing to attack “fellow members of the working class” for not worshiping at Amazon’s feet, bash unions for trying to pry loose “a piece of my salary,” embracing Amazon for vaccinating staff onsite, and even praise the virulently anti-union Clark as someone who “cares deeply about workers’ rights” – all within a single week. Darla shut down her account on Tuesday after Amazon admitted she was “not an official Ambassador.”

A number of other dodgy accounts have surfaced, including some using the website Thispersondoesnotexist.com to generate a fake photo using AI. However, the company declined to reveal which other accounts of dubious pedigree belonged to Amazon when the BBC asked on Tuesday.

Some fakes were more obvious (and hilarious) than others.

It’s not always easy to tell which Amazon accounts are real, given the deadpan delivery some of them attach to statements the average person might find appalling. “You don’t really believe the peeing in bottles thing, do you?” Amazon’s verified News account tweeted last week, adding that “If that were true, nobody would work for us.”

The comment referred to widespread rumors that workers, afraid of being docked a few minutes’ pay, hurriedly urinate into water bottles while on the job. However, dozens of workers have confirmed these stories with media outlets over the years, insisting not only that they often have no choice but to pee in bottles but that they also are occasionally forced to defecate in bags and that changing menstrual products is a whole other nightmare.

And while Amazon insisted, when confronted by Wisconsin Rep. Mark Pocan (D) about calling itself a “progressive workplace” while “union-bust[ing] and mak[ing] workers urinate in water bottles,” that there was no truth to the stories, insider emails suggested the company not only knew the tales were true but understood that managing bodily functions was a major issue for time-crushed Amazon drivers – and nevertheless regularly reprimanded them for it.

Some commenters wondered if Amazon had the cash to organize a Twitter campaign to paint the Amazon experience as one of such joy and ample bathroom use, why can’t they afford having unions?