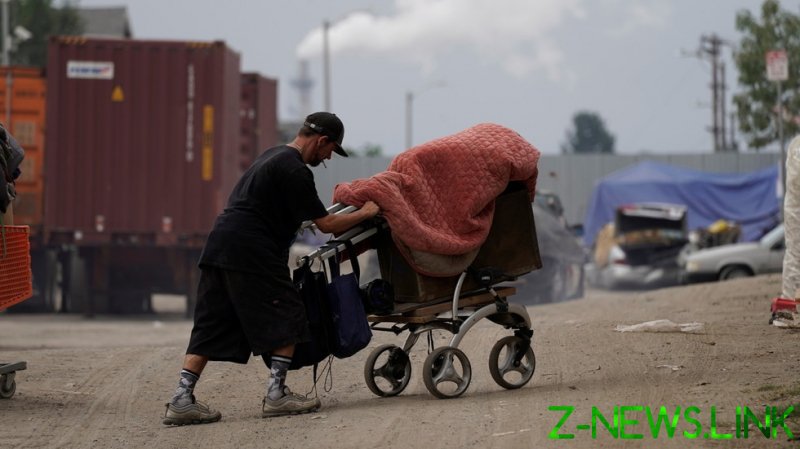 By the time Americans realized that the promised ‘trickle-down’ theory of neoliberal economics was in fact more of a speedy trickle-up, the government had all but destroyed the reputation of unions and the public sector that employed many of them, convincing the average American that these were corrupt and bad. Indeed, the whole public sector was supposed to be corrupt and bad, in the messaging of the Reagan era, but that corruption was somehow negated when offset by private corporations engaged in so-called public-private partnerships.

But far from attempting to reverse the financial bleed of money for social programs into private corporations, politicians have embraced the public-private partnership with a vengeance. This is unsurprising, given the generous handouts they receive from the non-profits who have cast themselves as the only truly righteous replacement for those government programs.

This may sound like old news, but the extent to which those firms have morphed into horrifically powerful entities with trillions of dollars under management – including, most likely, your pension or the retirement savings of someone in your family – capable of setting international policy with a mere yearly memo, remains stubbornly unacknowledged by millions. Perhaps for the sake of their sanity, they just can’t admit their retirement is in the hands of men who see nothing wrong with gambling away millions of Americans’ savings in precarious financial instruments just because they can. The kind of people who’d buy a boat with ill-gotten foreclosure gains, then spit in the face of those ex-homeowners by naming the boat ‘Su casa es mi casa’ (that’s ‘your house is my house’, for those not up on their grade-school Spanish.

In the aftermath of the 2008 mortgage crisis, private equity firms realized they could package and sell anything they wanted – and it doesn’t seem they’ve stopped. Blackstone became notorious for slurping up foreclosed homes at below-market rates, then juicing rent and fees as they turned around to rent out those same properties, in some cases back to the same people. But Blackstone is far from the only private equity firm to participate in these loathsome schemes.

But fiendishly huge as their profits have been, the private equity bunch were still responsible for keeping the properties they rented in some degree of habitability – sometimes even for answering to angry retirement fund execs when the vultures gambled away their money. In order to further shore up profits, the firms have bought big into vertically integrated predation. Blackstone bought up an entire chain of self-storage units to complement its continuing acquisition of houses. The continued inflation of the already precariously bloated real estate bubble (and the mathematical certainty of time running out for the Covid-19 eviction moratorium) means people are going to have to throw their stuff somewhere when the financial feces hit the fan. Other private equity funds have gotten their blood funnels into the hospital system – where the profits, driven by Covid-19, truly have no end.

Blackstone has also been buying up life insurance businesses, no doubt understanding that medical bills are the chief cause of bankruptcy in America – and bankruptcy itself is a stress-fuelled shortcut to an early grave. Even the history of the dead isn’t safe from the hungry tentacles of private equity – Blackstone bought genealogy site Ancestry.com last year, meaning (at least hypothetically, given the pattern of other tech firms in which Blackstone and its ilk own controlling shares) you could actually be deplatformed from your own family history (and perhaps given an outstanding genetic link with a cold-case murderer) if you say the wrong thing online.

Such firms seem to have dispensed with any notion that they’re actually trying to safeguard the trillions of assets they manage for massive retirement and pension funds, opting to blame losses on easy scapegoats like the Covid-19 pandemic (an event many large corporations, including private equity giants like BlackRock, have actually made money on following a brief slump). Rather than dutifully ensuring millions of aging public sector employees have a healthy nest egg waiting for them at the end of their careers, the private equity industry – where the majority of these funds stash their cash – is bristling with fraudulent fees, according to the Securities and Exchange Commission. The problem is so bad that only half the fees involved in the system are even being reported, let alone paid, according to industry publication CEM Benchmarking – and Uncle Sam is consistently left holding the bag.

According to a recent study cited in the New York Times, private equity as an industry is dodging a whopping $75 billion a year in taxes. This money, once saved from Uncle Sam’s clutches, can be used to further enrich Wall Street by enveloping their rapine in warm fuzzy buzzwords like ‘sustainability’ and ‘good governance’. Such tactics permit them to con the same middle-class holdouts having their assets wiped out by the housing bubble and other schemes into a sort of fiscal Stockholm syndrome, where they remain in stasis, working dutifully to fight their best interests.

Everyone ‘knows’ the rich are ripping off the taxman, and yet – government and the industry will literally say with a straight face – no one’s arresting them, so they must be staying within the law, right? At least three whistleblowers known to the public have come forward to tip off the Internal Revenue Service about rampant tax-cheating in private equity – potentially forsaking their own share of the trillions of dollars at play here – but politicians still won’t touch the industry. It’s the equivalent of a school bus full of Mafia capos disembarking in front of FBI Headquarters with proof of dozens of murders – only for the G-men to look the other way while the big payouts go to FBI head Christopher Wray.

The irony is thick, given what central bankers are determined to inflict on the “little guy” financially while letting private equity skate on its own taxes. Agustin Carstens, general manager of the Bank of International Settlements – the central bank of central banks – gushed in an interview last year about the impending arrival of CBDCs (central bank digital currencies – essentially bitcoin minus the privacy rhetoric), complaining that while “In cash we don’t know for example who’s using a 100 bill today, we don’t know who’s using a 1000 peso bill today, a key difference with the CBDC is that a central bank will have absolute control on the rules and regulations that will determine the use of that expression of central bank liability and also we will have the technology to enforce that. Makes a huge difference to what cash is.”

Put more simply, that’s “taxpaying for thee, but not for me.”

That the “ESG (environmental, social and governance)” category that has become the buzzword to end all buzzwords as the global financial system struggles to merge with the new cashless model promised for so long by bottom-feeders like Carstens is not reflected at all in how a company actually treats its employees. Nor do they show in the way these firms treat the money they manage, as the state of Rhode Island discovered earlier this year after private equity firm Leonard Green & Partners asset-stripped an entire hospital chain and tried to fob the debt off back on the state.

This should not come as a surprise, but the glacial pace with which it has occurred to state treasurers and others who sit in positions to do something about private equity’s stranglehold over the US does not bode well for the country’s future. Deep investments by private equity in every mainstream media organization in existence all but seal the West’s fate as a glorified slave colony, with Wall St holding the whip.