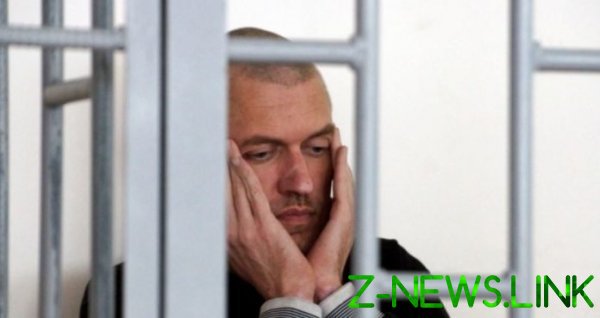 According to the mother of Cliche, fasting is a call, a plea, a cry for help addressed to the new President.

Ukrainian political prisoner Stanislav Klyh, sentenced in Russia to 20 years in prison, announced a hunger strike in protest against intolerable conditions of detention. This was reported by human rights activist Tatyana Shchur on his Facebook page.

“Just impossible to tolerate: no the cold in the cell, nor bad food, which is always sick” — the words of a political prisoner Schoor.

Human rights activist have called a hunger strike Klich appeal, a plea and a cry for help addressed to the new President because of “red brick walls of Verkhneuralsk prison, from the loneliness and darkness”.

We will remind, the Russian authorities accused of Cliche to participate in the fighting against the Russian army during the first Chechen war in the winter of 1994-1995 and in the murder of Russian soldiers. Also in this case is another Ukrainian prisoner Nikolai Karpyuk. Klyh denies the charges, and his family insist that he was never in Chechnya.

January 11, the Ukrainian Ombudsman Lyudmila Denisova said that the prisoner Stanislav Klich complains of severe pain in the heart, kidney, liver, leg problems and suspects probable cancer of the skin. Denisov turned to the Russian Ombudsman to provide him with adequate medical assistance and treatment.