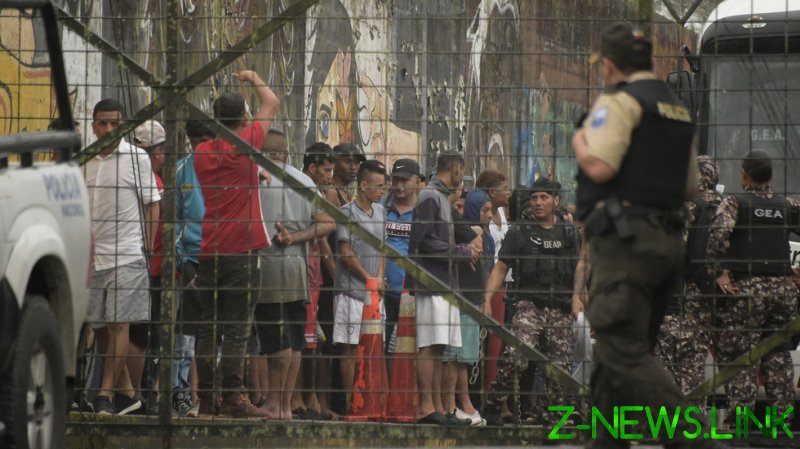 The latest in a spate of prison riots in Ecuador has left 44 inmates dead and more than a hundred still at large, the country’s Interior Ministry confirmed on Monday.

According to the ministry’s head, Patricio Carrillo, the tragedy at the Bellavista prison in Santo Domingo, a province located to the west of the capital city of Quito, resulted from a fight between inmates from two rival gangs: Los Lobos, which was involved in a recent riot at another prison near the city of Cuenca, and R7.

Most of the deaths resulted from stab wounds, Carrillo said. He did not rule out that the number of casualties might increase as several people were severely injured. Initially, the authorities had spoken of 41 deaths but by Tuesday the number had increased to 44.

All of the bodies are expected to be transferred to relatives on Tuesday. 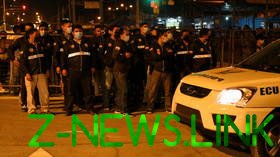 Ecuadorian President Guillermo Lasso responded to the news by saying that his country “will not give in to the mafias.”

“Our commitment to restore order in prisons is firm. An example of this is the actions by the Interior Ministry and Ecuador Police which conducted an immediate transfer of 6 leaders of criminal gangs,” he said.

The gang leaders were transferred to two separate maximum-security prisons. According to Carrillo, 112 inmates have been recaptured while 108 are still at large.

Over the last few years, Ecuador has seen a significant increase in prison incidents. In 2021, at least 316 inmates were killed in separate prison riots.

This past April, meanwhile, 20 casualties were reported following a clash at the Turi prison, near the city of Cuenca.

The government has cited an increase in drug trafficking as among the factors contributing to the rise in violence in the country’s penitentiaries, although overcrowding in prisons remains a significant problem, even despite an increase in investment by the state

Last November, in yet another attempt to address the issue, Lasso granted pardons to several categories of inmates. This decision came a few days after the Inter-American Commission on Human Rights issued a strongly-worded statement urging the Ecuadorian authorities “to take immediate, effective measures to protect the rights to life and personal integrity of all individuals in State custody.”

The Bellavista prison has capacity for 1,200 inmates but currently houses 1,700.