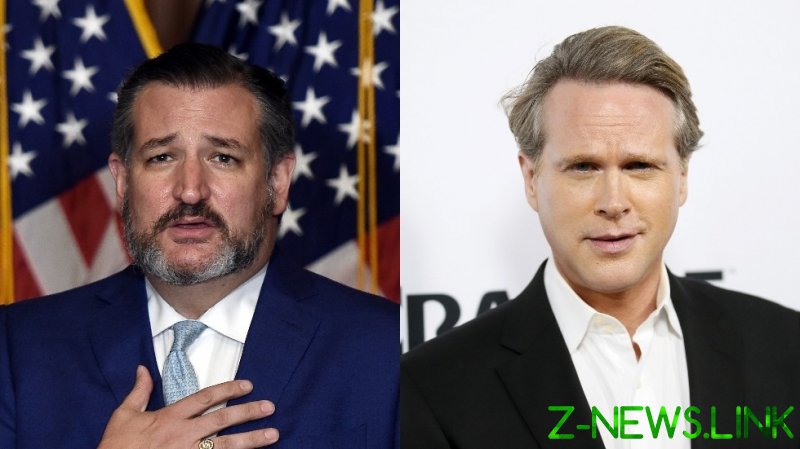 “How does it feel to know that not only the entire cast and crew of your favorite movie The Princess Bride, but almost the whole entertainment industry, have nothing but rabid contempt for you? #inconceivable?” the British Elwes tweeted at Cruz this week.

The comment was in response to an interview Cruz, who is known for quoting ‘Princess Bride’ and counts it among his favorite works, gave where the Republican senator noted how many films, including ‘Watchmen’ and ‘Avengers: Endgame,’ have “rabid environmentalists” as their villains.

Cruz responded with an image of a personalized autograph from Elwes, saying, “does this mean you want your picture back?”

Elwes, whom Cruz has feuded with before on Twitter, shut down the exchange by blocking Cruz, who simply responded with a reference to a quote said numerous times by Elwes’ character in ‘Bride.’

“As you wish,” he wrote, including with his message a screenshot of the news that the actor had blocked him.

Elwes is unfortunately only the latest liberal artist to turn on a conservative fan. Last year, ‘Superbad’ star Seth Rogan lashed out at critics of Black Lives Matter commenting on a political post of his on Instagram, cursing out some and telling another, “you don’t deserve my movies. Stop watching my s**t.”

Can you imagine a once-struggling Rogan talking to fans in such a way? His self-righteous anger only comes out now when he can afford to be entitled and divisive.

Actor Bill Pullman lashed out at Donald Trump in May of last year too after the then-president shared a deepfake video of his head plastered onto Pullman’s president character from ‘Independence Day’ giving a famous speech from the movie.

“My voice belongs to no one but me, and I’m not running for president – this year,” Pullman said in response. For the record, he did not write ‘Independence Day,’ so one could argue the words belong to someone else.

‘Matrix’ director Lilly Wachowski was triggered that same month when Tesla founder Elon Musk and Ivanka Trump both referenced her science fiction masterpiece through the line “take the red pill,” which has evolved over the years into a rallying cry for conservatives to others to ‘wake up’ from the lies pushed by the mainstream media and political elite. In the film, Keanu Reeves’ Neo is given the option to continue living a simulated reality by taking a blue pill or exist in the real world through a red pill.

These numerous tiffs speak to a larger issue in the culture. A work of art, whether it is family-friendly or more challenging, is one of the single greatest unifiers this world has. Film especially can translate to numerous cultures and open bridges between people who would otherwise have presumably no reason to interact.

The very fact that Cruz can be such a fan of ‘Princess Bride’ along with Elwes – who has written a book about its making and continues to talk about it lovingly – proves the unifying effect film can have. Right now is a time when unity would actually be a breath of fresh air to a country that seems somehow even more divided in a post-Trump world.

So many artists who find themselves in the good graces of Hollywood today, however, seem to have their views poisoned by divisive politics. It’s why Elwes would rather send childish insults to Cruz and use his film as a way to get in a political hit rather than finding some sort of common ground and having a meaningful discussion with someone he disagrees with.

It’s also why Rogan can simply shoo away fans he disagrees with, and Wachowski can dismiss anyone taking a meaning from her film that she has not approved.

This is not to say Elwes or others need to pretend to agree with anyone who finds value in their work, but if they would pull their heads out of the left-vs.-right trap sold to us by the media and DC elite, then perhaps they could actually show the world that there is, in fact, common ground.

It’s a sad sight to see, and it’s telling that it’s mainly liberal voices who are lashing out. Do conservatives like Jon Voight, Dean Cain or David Mamet so specifically attack people who may be fans of their work? And how successful would artists be if they simply cut off half of their potential audience? This is why these attacks come from established names, who have the comfort of being accepted into their industry. There is no risk in what they are doing.

We are living in a moment where artists could be incredibly valuable to a fractured culture, but people like Elwes have instead chosen to aggressively run in the opposite direction and diminish their own work by using it for ammunition in pesky, meaningless political debates that accomplish nothing except bitterly turning away fans.