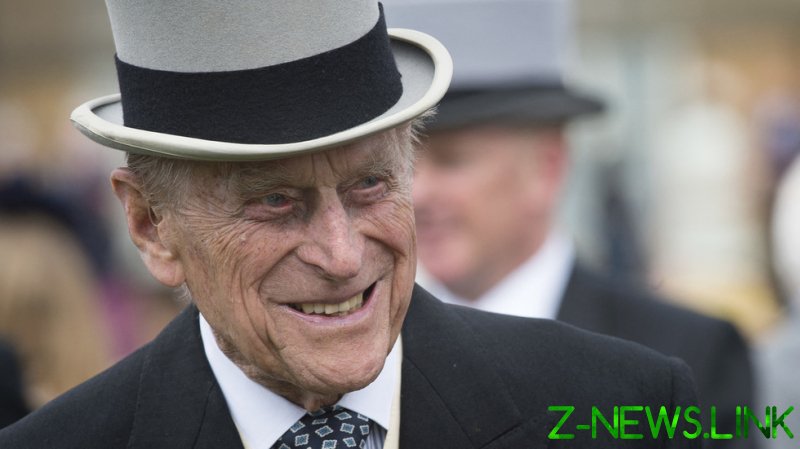 If we take the death of an elderly man, husband, father, grandfather and great grandfather out of the equation, it is clear that the latest royal circus tent to pitch up in town – the death of the Queen’s consort – has become probably the largest, and most perfectly organised, piece of propaganda the British elite, supported by a cast of global elites, has ever pulled off.

I am not too interested in the Duke of Edinburgh. In fact, I am not interested at all. I have seldom given him one thought over my lifetime – even when he said the most outlandish and offensive things, or when crashing his Range Rover at the age of 97, I afforded him little more time than whatever reality TV star the tabloids were pushing at the time.

This cosseted relic from another era, who was part of a shady dynasty would have no idea about the life of a commoner. And why should he?

But increasingly and alarmingly, I have realised I was wrong to dismiss his antics and those of the royals in general as yet another level of celebrity gossip, when in actual fact the institution of the British royal family still wields enormous amounts of power, as it has done for centuries both in the UK and globally.

In modern times, that influence has mostly been obscured with a common view that the royal family’s role in the world is far more about pomp and decoration than actual political power.

However, the amount of power that it does command has been evident in the days since the Duke of Edinburgh’s death. It started with what was essentially the closing down of the BBC. Across its TV channels and local and national radio stations, Britain’s national broadcasting company cancelled its programming.

Instead, we were treated to newsreaders in black stating facts about the death, interspersed with highlights of the Duke’s life. Clips and pre-recorded talking heads gushed over every highlight of his 99 years. The narrative was well rehearsed: the Duke was a refugee, left Greece in an orange box, was abandoned by his parents, used his incredible leadership skills to overcome his early family difficulties while at Gordonstoun, an elite school for boys, and later became a hero fighting Nazis in the war.

He transformed into the ultimate feminist when he married the then-Princess Elizabeth, becoming the perfect family man supporting the monarch and royal family selflessly, and evolving into a keen environmentalist.

This narrative is slick, but perfectly papers over the cracks of a British class system which reproduces unfair advantages for some and equally unfair disadvantages for others, and cascades down from the royal family.

This system of deep inequality, which is accepted globally and passes mostly without critique or comment, has been a template for hierarchical societies to thrive, with the unfairness justified by the illusion of democracy.

The direct, brutal power we have seen in the past has been replaced with power which is far more successful: symbolic power, or the illusion that there are humans, individuals, groups and families, who are innately superior. This conjurer’s trick ensures that there will always be strata of elites whose power, wealth and exceptionalism to the rules and laws that the rest of us have to live with is legitimate.

And this is not just here in the UK. The reaction to Prince Philip’s death from elites across the world has confirmed that the structures which produce and reproduce these strata are globally recognised and connected.

Heads of states in most countries have added to the narrative of the ‘extraordinary Duke’, as someone who was almost a super human and yet recognisable on a human level (none of which appears to be true).

Politicians of all colours and persuasions lined up to cement and legitimise the narrative. Business leaders, heads of charities, trade union organisations and members of the super elite, such as former US presidents Obama and Bush, sent extensive eulogies, united in their message that ‘all animals are equal, but some animals are more equal than others’.

This narrative then cynically filtered down onto the streets of Britain, with electronic billboards, for example, showing the Duke’s image. It was the perfect demonstration of how the global elite use propaganda and symbolic power to maintain their legitimacy, and exposed them to those of us who cast a critical eye over society like never before.

But regardless of how slick and well prepared it all was, the elite’s propaganda did not pass through the British public as seamlessly as perhaps it might have. So far, the BBC has received a record 110,000 complaints about the cancellation of their regular programming and the wall-to-wall coverage of the death of a 99-year-old man.

Was this a great misstep? I don’t think so. This is good old state propaganda. The complaints about the coverage did not stop the government recalling Parliament a day early to pay tribute to the Duke of Edinburgh. Politician after politician on all sides of the house waited their turn to repeat the national and international narrative – justifying why there are people in the world we call global elites, for whom the rules set for everyone else do not apply.