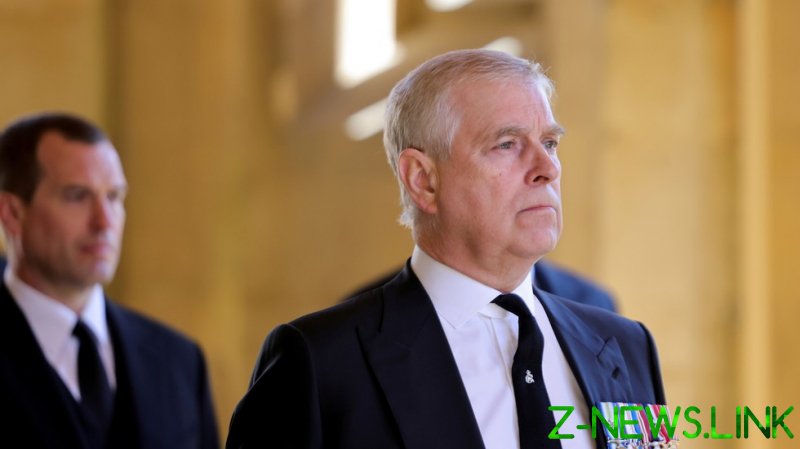 The prince filed the motion in the District Court in Manhattan on Friday, arguing that Giuffre’s civil suit fails to “state a claim upon which relief can be granted” while calling on the judge to scrap the case. Should the court decline to do so, Prince Andrew requested an order requiring Giuffre to “provide a more definitive statement of her allegations,” which he denied entirely.

“Virginia Giuffre may well be a victim of sexual abuse at the hands of Jeffrey Epstein, and nothing can excuse, nor fully capture, the abhorrence and gravity of Epstein’s monstrous behavior against Giuffre, if so,” the prince’s legal team said in the filing.

Now 38, Giuffre launched her lawsuit against the prince in August, alleging that he forced her into sex at the home of Ghislaine Maxwell – one of Epstein’s closest confidantes who also faces sexual abuse allegations – when she was just 17 years old. She also accused Andrew of further abuse at Epstein’s lavish Manhattan home, and on one of the late financier’s private get-aways in the US Virgin Islands, and previously leveled similar charges against Epstein himself.

While Andrew, 61, has not been charged in the US and “categorically” denies Giuffre’s claims, earlier this month he was ordered by a US judge to answer questions from her lawyers sometime before July 14, 2022, and to offer some initial response by October 29 – the latter of which appears to have come in the form of Friday’s motion for dismissal. British authorities, meanwhile, declared that they would take “no further action” against the royal after conducting a review prompted by Giuffre’s civil case.