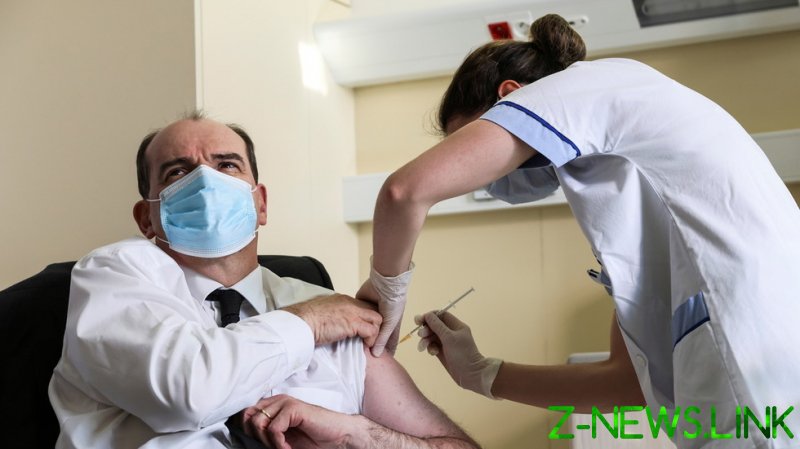 “I didn’t feel anything,” the 55-year-old said at the Begin military hospital in Paris as he sought to allay fears that the vaccine was unsafe. France was among a dozen European Union nations to pause its rollout of the jab.

Paris announced on Thursday it would resume administration of the AstraZeneca vaccine following a review by the European Medicines Agency (EMA), which found it was not associated with an increase in the overall risk of blood clots.

The EU regulator’s safety committee said the vaccine’s benefits “continue to outweigh the risk of side effects,” despite a possible link to “very rare” cases of blood clots.

According to EMA, some 20 million people in the UK and European Economic Area had received the vaccine as of March 16.

Of the total, the agency said it had only seen seven cases of blood clots in multiple blood vessels and 18 cases of CVST, where a clot stops blood draining from the brain.

France’s return to the AstraZeneca vaccine will only be for those aged 55 and over, because blood clots had only been seen in people under 55, the French drug regulator Haute Autorité de Santé said.

Germany, Italy and Spain were among several other EU nations to announce their backing of the jab late on Thursday

However, EU member state Finland has suspended its use as health officials there investigate two possible cases of blood clots, the Finnish Institute for Health and Welfare said on Friday.