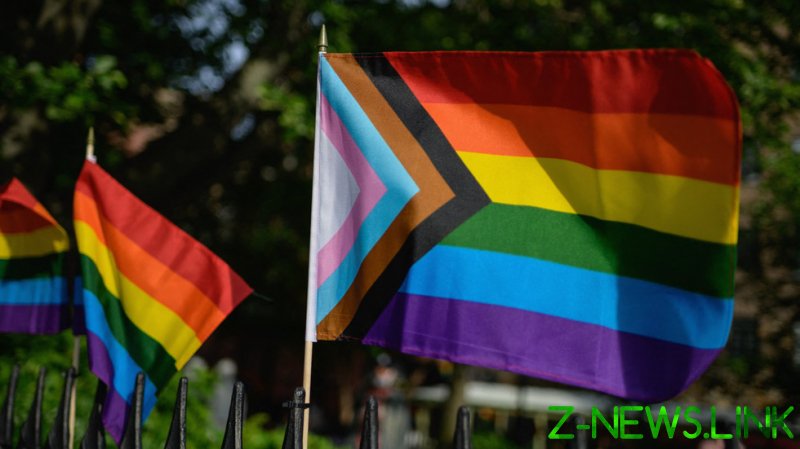 The cultural politics of identity is inherently narcissistic and divisive. Its outlook is dominated by the self-obsessed ethos of ‘it’s all about me’. And so it was only a matter of time before one section or another of the ever-expanding LGBTQ+ community started to demand a new version of the omnipresent rainbow flag. Why? Because apparently its colours do not adequately represent black, brown and transgender members of the LGBTQ community.

The desire for a new version of the LGBTQ+ flag is motivated by the objective of carving out a larger cultural space and greater influence for transgender identity entrepreneurs. Sections of the transgender movement resent the dominance enjoyed by gay and lesbian activists over LGBTQ+ related institutions.

In June, the Castro Lesbian, Gay, Bisexual, Transgender and Queer Cultural District (CQCD) in San Francisco became the scene of a veritable coup against old-school LGBTQ+ activists. It voted to recommend to the Castro Merchants, the business association that has jurisdiction over the area’s flagpoles, that it replace the original Pride flag in Harvey Milk Plaza with their new version of the flag, which they call the Progress Pride flag.

Unlike the original rainbow Pride flag, created by Gilbert Baker, the design of the Progress Pride flag adds black, brown, light blue, white and pink to the original colours of this symbol of LGBTQ+ identity. This is justified on the grounds that it is apparently more inclusive of black, brown and transgender members of the LGBTQ community.

In recent decades, there have been several iterations of the Pride Flag. What’s different about the latest flag is that it is integral to the coup led by trans activists, and is designed to displace the influence exercised by the old-guard leadership of the LGBTQ+ community. The rebels clearly want a piece of the action.

One of their academic supporters, Joss Greene, a sociologist from Columbia University, suggests that “the mainstream gay movement since the 1970s has become more politically reformist and assimilationist”.

Greene contends that “rather than challenging norms and laws around gender and sexuality, the gay movement has argued that gay people are ‘just like everyone else’ and should have the same rights”. He adds that, “the problem with creating this kind of hierarchy of respectability is that it empowers the most privileged gay and lesbian people at the expense of members of the queer community who are still seen as ‘deviant’, like trans people”.

The project of displacing the old Pride flag with the new Progress Pride flag is not just about upholding a more inclusive symbol for the LGBTQ+ community. It also about reducing the influence of the so-called ‘privileged’ gay and lesbian community. Resentment towards this group by transgender activists has been simmering under the surface for a while. They want their flag, and they want it now. The childish competition about which colours should be added to the rainbow exposes the fragile unity and solidarity that underpins the LGBTQ+ community.

A dispute about the Pride flag may strike some as an irrelevant and esoteric conflict between competing identity moral entrepreneurs. However, in the contemporary Western world, the rainbow flag enjoys great moral authority. Numerous state, parastate and private institutions have embraced the custom of flying the rainbow flag. Businesses and advertisers use its colour to communicate the idea that they are on the right side of the angels.

During the Covid pandemic, the colours of the rainbow were frequently used to symbolise the NHS and other health services. It is no exaggeration to say that the colours of the Pride flag have acquired a semi-sacred character. Especially in the Anglo-American world, this flag serves the same purpose as the cross did in Christian societies in the past. Those individuals and institutions who fly this flag are in effect performing a ritual of demonstrating virtue.

Arguably the Pride flag has become the most successful symbol of the cultural politics of identity. Its moral authority is underlined by the fact that other flags – especially those of nations – are often regarded with scorn. That is why there are local authorities in the UK that would rather fly the Pride flag than the Union Jack.

It is precisely because this flag possesses cultural significance that identity entrepreneurs wish to add new colour to it. However, even if the coup against the gay and lesbian establishment succeeds, it is unlikely that the rivalry between competing identity groups will cease. There will be other genders and other sexual minorities who will demand that their colour should be added to the flag. And even when we run out of colours, the narcissistic pettiness that drives identity merchants will continue to demand some form of new symbolic recognition.

The good news is that as the Pride flag changes its colours, there is a chance that we will get our rainbow back. Let the petty squabbles flourish, so that we can start taking seriously flags that have real moral depth.